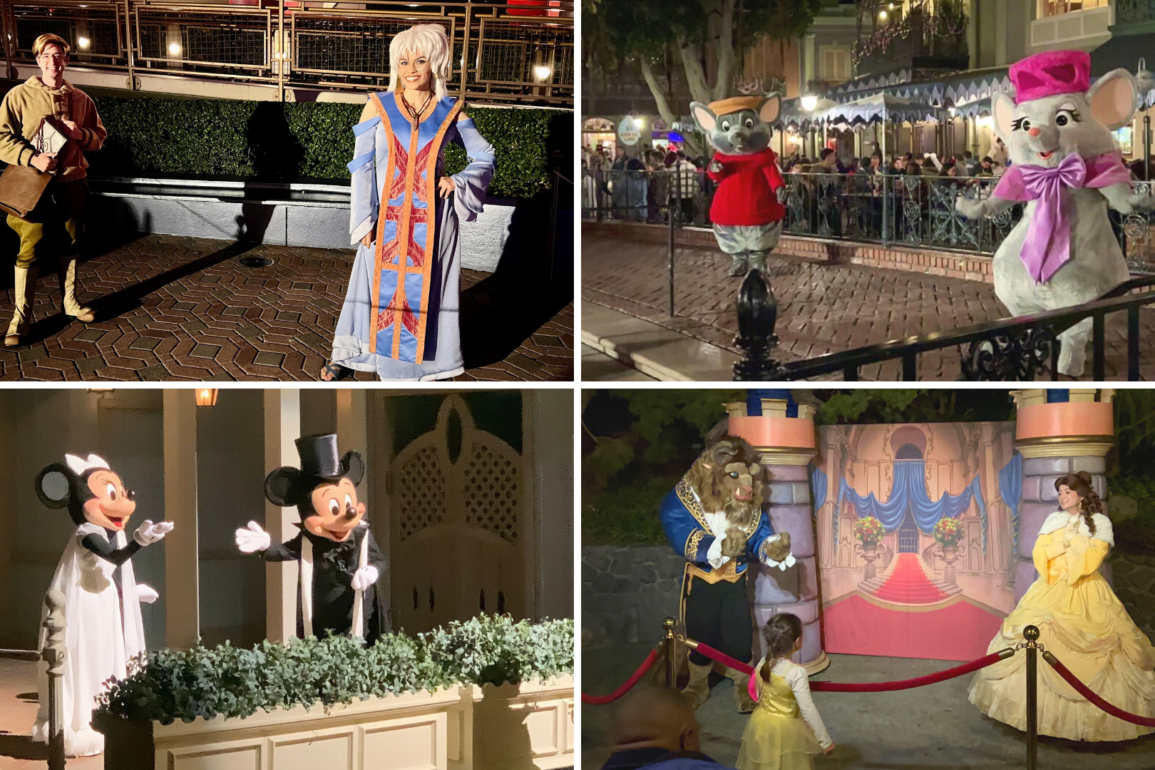 Disneyland After Dark: Sweethearts’ Nite kicked off tonight! The special event advertised that some of Disney’s most darling couples would be out, and they did not disappoint!

Mickey and Minnie were dressed to the nines for their character sighting.

Mary Poppins and Bert were greeting guests at the train station.

Tiana and Prince Naveen were dressed up for dancing.

Fans of “The Rescuers” will be glad to meet Bernard and Miss Bianca.

Belle and the Beast had their own castle-themed backdrop.

Belle was in her yellow ball gown, with an extra shrug to keep her warm in the chilly weather.

Stitch and Angel were also having fun in Tomorrowland.

Watch our video of some of the Sweethearts’ Nite character experiences below.