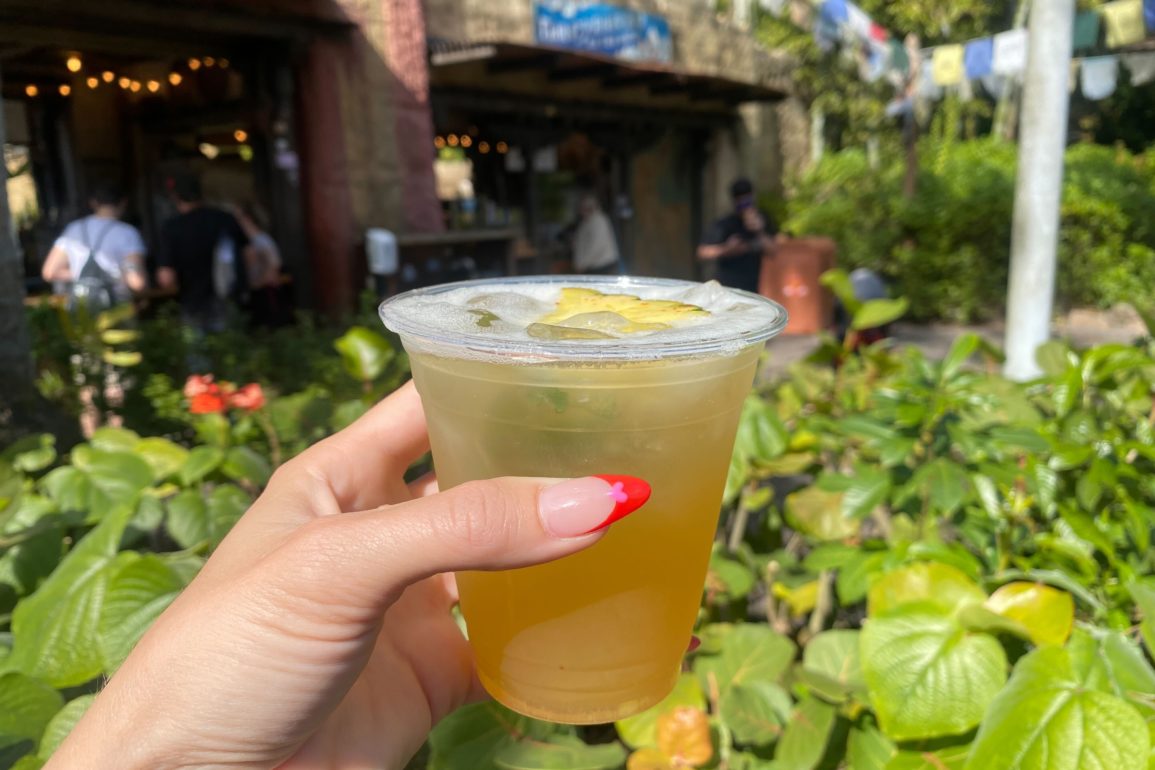 As part of the “Celebrate Soulfully” event for Black History Month, a new Mint Julep in honor of John Dabney is available at Thirsty River Bar in Disney’s Animal Kingdom. It is also available at Dawa Bar.

The placard reads, “Inspired by a John Dabney original recipe, Dabney’s success as a bartender allowed him to buy his and his wife’s freedom, leading to business ownership. This beverage is offered in tribute to his spirit of perseverance and resilience.”

The sign lists Maker’s Mark, but they were out, so our Mint Julep was made with Jim Beam.

The Mint Julep isn’t shy on the bourbon, but it complements the pineapple well. The bourbon, pineapple, and ginger beer are the prominent flavors here, but you get each one individually in one sip.

It’s not a sweet drink, which is nice, The sweetness that it does have is balanced and well taken,  and the mint adds just a hint of freshness at the very end.

This was one of the more decent drinks we’ve had. We’d get it again, but we wouldn’t go out of our way to seek it out.