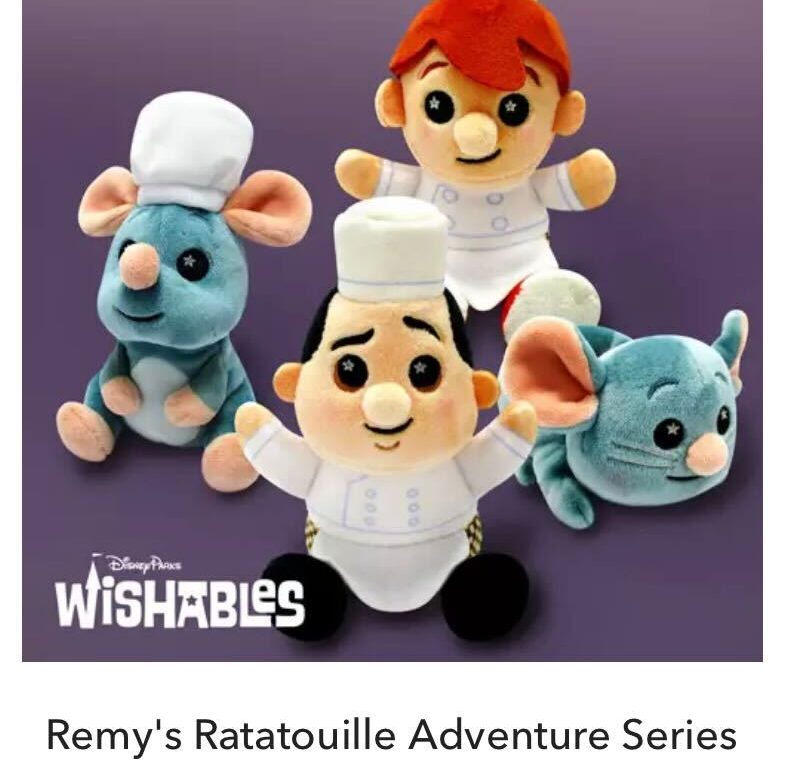 shopDisney has given us a taste of the next series of Disney Parks Wishables, and we’re hungry for more!

The next series is themed to Remy’s Ratatouille Adventure, which opened at EPCOT last year. The four characters featured in the preview are Remy, Linguini, Chef Gusteau, and a vehicle from the attraction. It’s very likely that, as with other Wishables releases, there will be a mystery bag and an open edition, though it’s unclear if the open one will be one of the four shown in the preview or another character. The series will be available on shopDisney beginning Thursday, February 3, though it’s possible it could debut at Walt Disney World earlier in time for Wishables Wednesday on February 2.

Next
PHOTOS: Channel Your Favorite Entrepreneur With a New Dress Inspired by Princess Tiana Available at Disney Springs