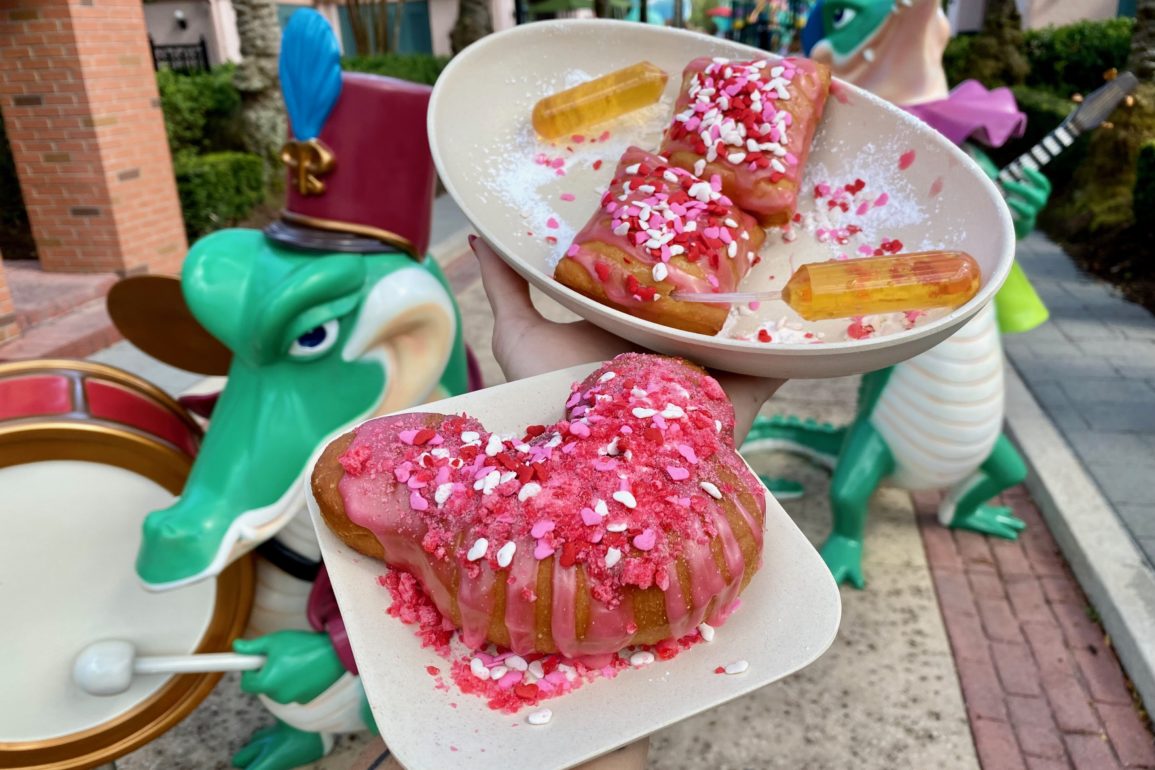 The beignet itself here is fine, it’s what you would usually get here at Port Orleans.

It could have been a little crispier on the outside, but it was soft and airy on the inside.

The red hot-cinnamon flavor wasn’t overwhelming. There was a candy sweetness in each bite, although a slight artificial taste lingered.

The icing was sweet, but the sugared candy was chewy and stuck to our teeth.

This is a fun take on a beignet if you’re in the mood to try something festive and different, but we would stick to the classic beignet otherwise.

This is a similar flavor to the Mickey-shaped Valentine’s beignet, sans sugared candy. It has the same red hot icing and heart sprinkles.

These are alcoholic and, maybe to be more “adult,” are not Mickey-shaped. The base beignet tastes the same, though.

The regular non-Valentine version of these has Kahlua, Rumchata, and Bailey’s cut with a “mixer.” This version is served with straight liquor (squeezed in at your leisure through a dropper) and you can tell.

It was like eating dough with Fireball and was not pleasant.

Purposefully or not, there’s enough powdered sugar on the plate to “dip” your beignets into.

We chose to eat the second beignet without the shot and it was much more palatable. It was also nice without the sugar crystals sticking to us.

This would be better with one of the original alcohol options. The cinnamon from the Rumchata could have worked better here than the straight liquor.

If we got this again, we would get a plain beignet or ask for it with the Rumchata.

Both Valentine’s beignet options are very photogenic and we walked away with cute pictures, but they were nothing we would reach for again.