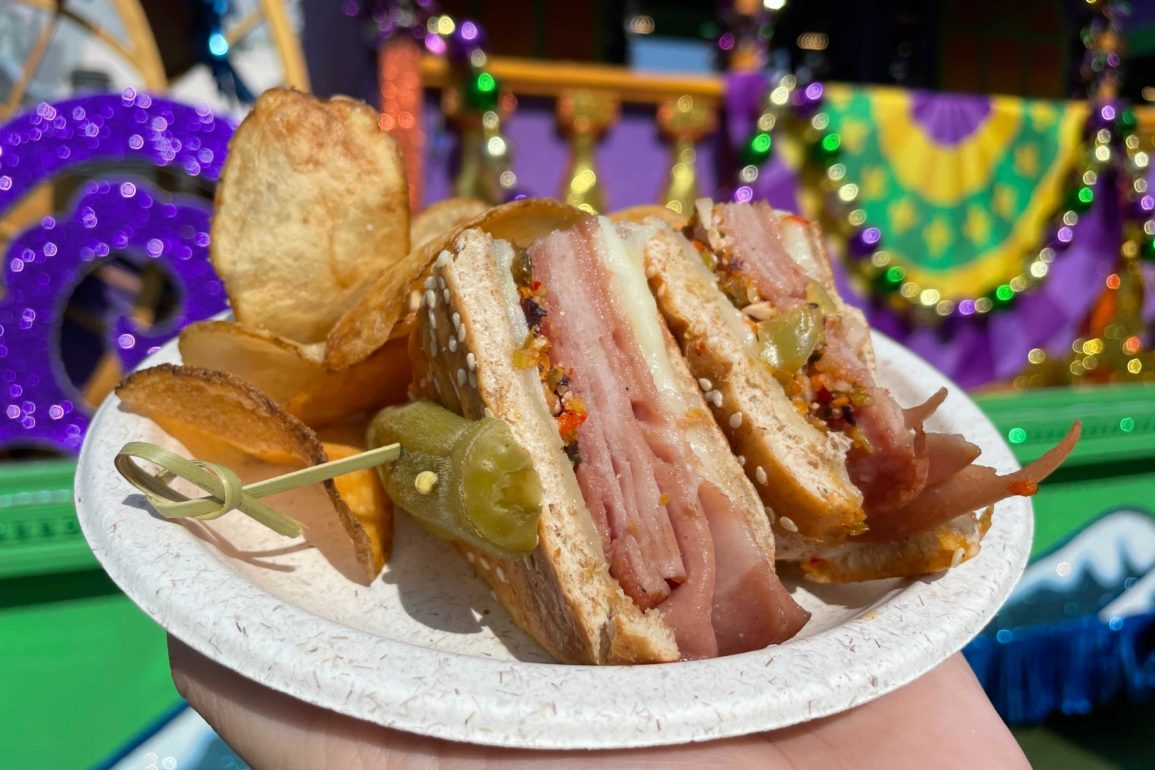 This sandwich is consistently bad.

We could pretty much only taste the cheese and relish. The meat was bland and didn’t stand out at all.

It’s served with kettle chips on the side, but they’re way too salty.

This is a really good value for the amount of meat you get: two giant chunks of sausage plus a couple of smaller pieces, two shrimp, lots of chicken chunks, a *creepy* friend on top, and rice and peppers.

This has a good flavor — especially the sausage and rice. The shrimp was average, and the chicken was a little dry.

The Piña Verde comes in the same souvenir cup with a color-changing straw as the Category 5 Punch.

We don’t taste the alcohol as much as we did with the Category 5, but it’s better than the one served last year.

It has a creamy pineapple taste with a hint of coconut. It’s sweet and refreshing.

We were blown away because we hated last year’s so much.

From Abita: “Purple Haze is a lager brewed with real raspberries added after filtration. It is brewed with pilsner and wheat malts and Vanguard hops. The berries add a fruity aroma, tartly sweet taste, and a subtle purple color and haze…you may see fruit pulp in the beer.”

This booth can be found in the French Quarter, on the street across from Revenge of the Mummy, as indicated by the letter “J” on the map below.

Mardi Gras will be celebrated at Universal Studios Florida from February 5 to April 24, and we highly recommend checking out the event!

Next
PHOTOS: Refurbishment Continues on ‘World of Color’ Ahead of Spring Opening at Disney California Adventure