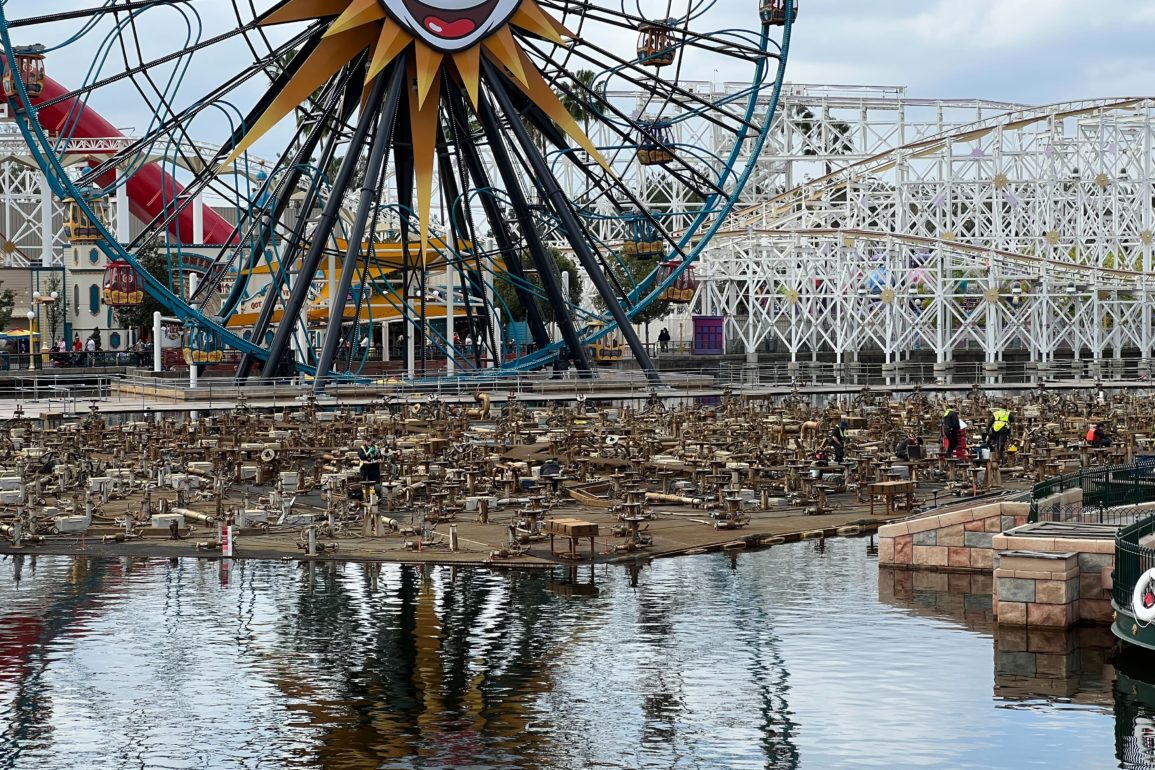 PHOTOS: Refurbishment Continues on ‘World of Color’ Ahead of Spring Opening at Disney California Adventure

It’s been a while since we checked in on the work happening at the Paradise Bay lagoon at Disney California Adventure, home of “World of Color.” The nighttime spectacular will return this spring, but until then, it is under refurbishment.

Some water has been returned to the lagoon, which was previously drained, but fountains and other show elements remain exposed.

Crew members at the edge of the lagoon were working with a large crate.

Other crew members were in the lagoon and construction materials were stored on boats and rafts nearby.

From another angle, we could see platforms with railings sitting in the water near the Pixar Pal-A-Round. The foundations of the projector houses can be seen between the platforms.

Birds have taken to landing on the show elements. They probably won’t be pleased when “World of Color” begins performances again.

Are you excited for “World of Color” to return? Let us know in the comments.