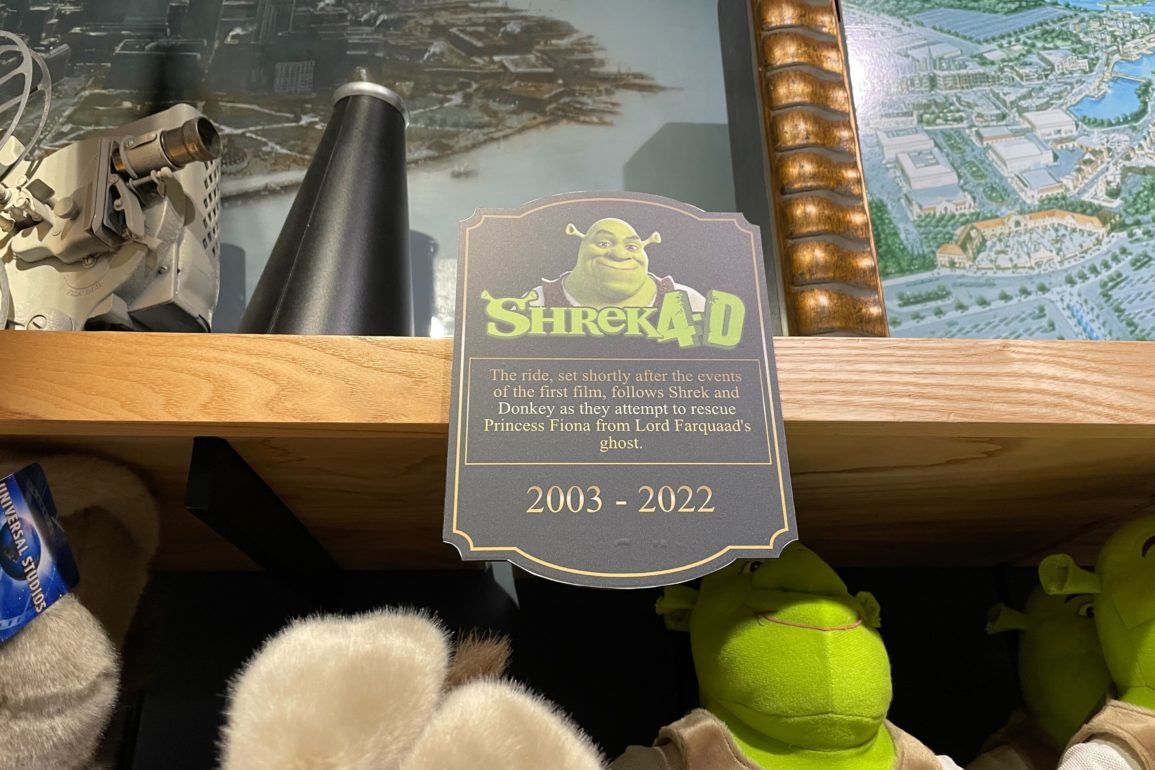 Shrek 4-D, the fan-favorite attraction, officially closed at Universal Studios Florida on January 10 after 19 years. In the Universal Legacy Store in CityWalk, there is now a sign commemorating the attraction’s long run.

The sign reads, “The ride, set shortly after the events of the first film, follows Shrek and Donkey as they attempt to rescue Princess Fiona from Lord Farquaad’s ghost.”

The bottom of the sign now says “2003-2022” commemorating the runtime of the attraction.

It is appropriately hung up near Shrek plush and merchandise.

Do you miss Shrek 4-D? Let us know in the comments.