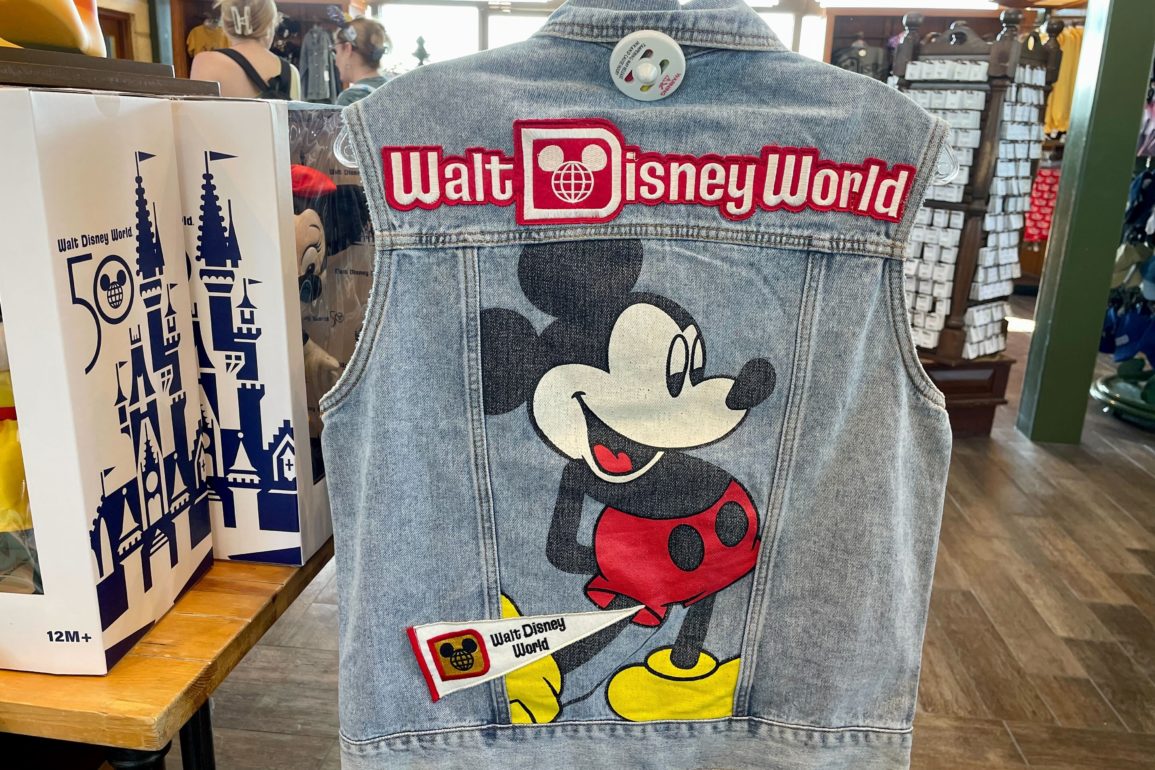 The latest addition to the Vault Collection of merchandise for Walt Disney World’s 50th Anniversary has a bit of an 80’s vibe you might’ve forgotten, as guests can now rock this new denim vest with retro Walt Disney World patches!

The vest features metal buttons and a stonewashed denim look.

We found this jacket at Port of Entry in World Showcase at EPCOT, so keep an eye out if you’re looking for that perfect ’80s touch for your wardrobe. And let us know if you’ll be picking this up in the comments below!