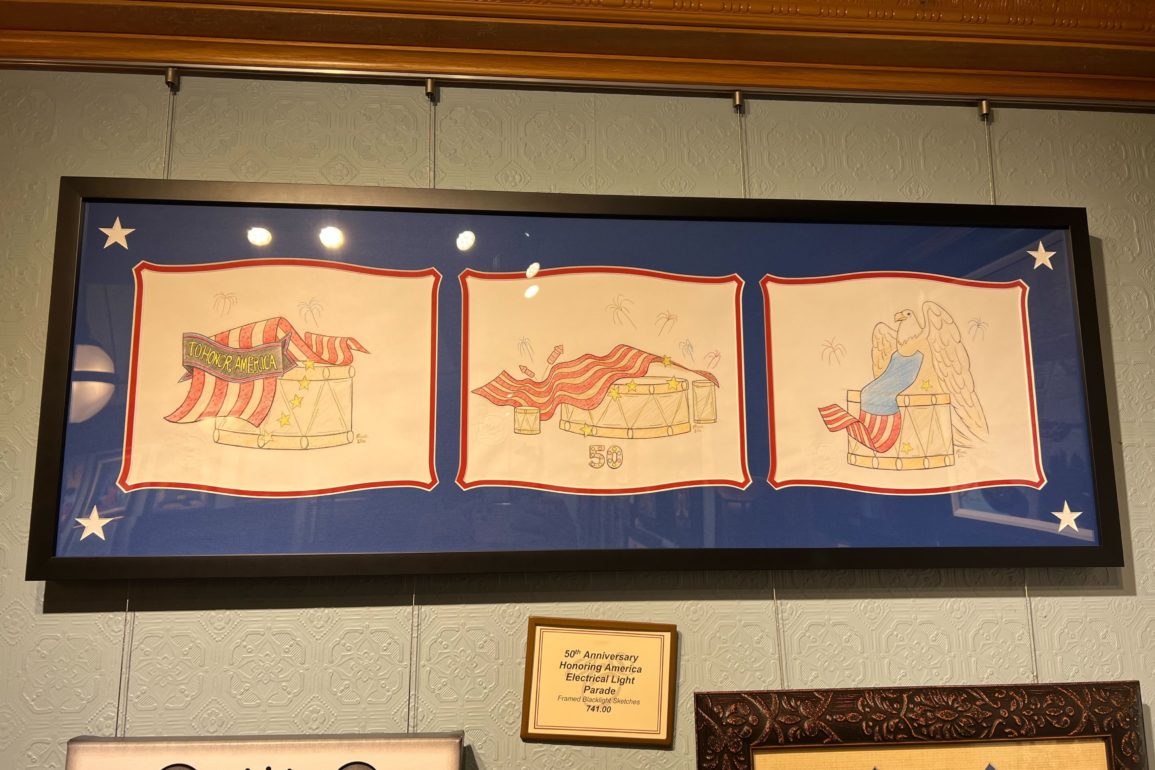 At Disneyana in Disneyland Park, we spotted this new sketch art honoring the “To Honor America” parade float, which was formerly the finale float in the Main Street Electrical Parade.

The first sketch features the front of the float, with the beginning of the American flag that says “To Honor America” on it.

The second sketch is of a middle section of the float, with the continuation of the American flag, and fireworks going off above it. A light-up “50” is beneath the float.

And the third sketch is of the end of the float with the bald eagle.

The art comes in a black frame with four stars in each corner.

The next time we see the Main Street Electrical Parade, we’ll see a finale dedicated to “Encanto,” “Coco,” “Moana,” and “Frozen” instead of the “To Honor America” float.