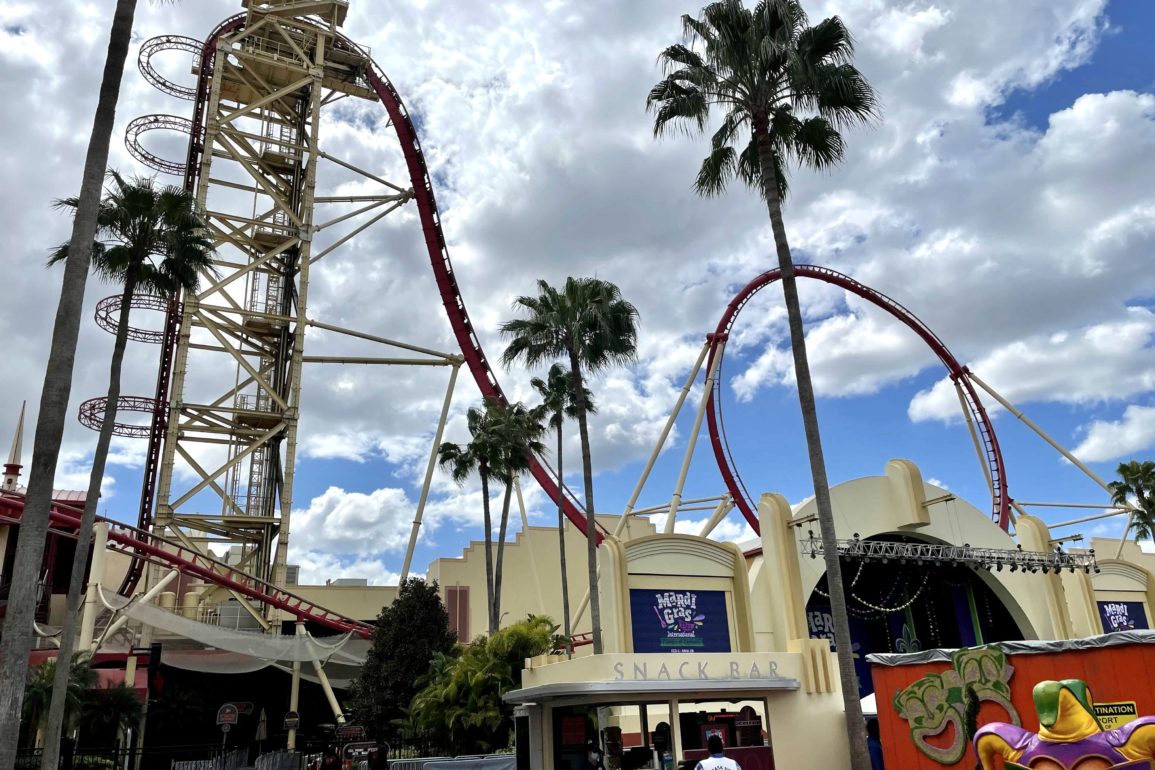 “What’s My Age Again” and “All The Small Things” by Blink-182 are both now available as secret song selections on Hollywood Rip Ride Rockit at Universal Studios Florida.

Blink-182 bassist and vocalist Mark Hoppus initially shared on March 19 that songs by the band would be available as secret selections for two days only.

He later replied to a fan to say that the two songs are now permanent selections.

Hollywood Rip Ride Rockit is a roller coaster on which guests select a song to play as the soundtrack for their ride. There are approximately 30 songs available on the regular list, but there are several secret songs that guests need a three-digit code to access. “182” is the code for “All the Small Things” and “183” is for “What’s My Age Again.”