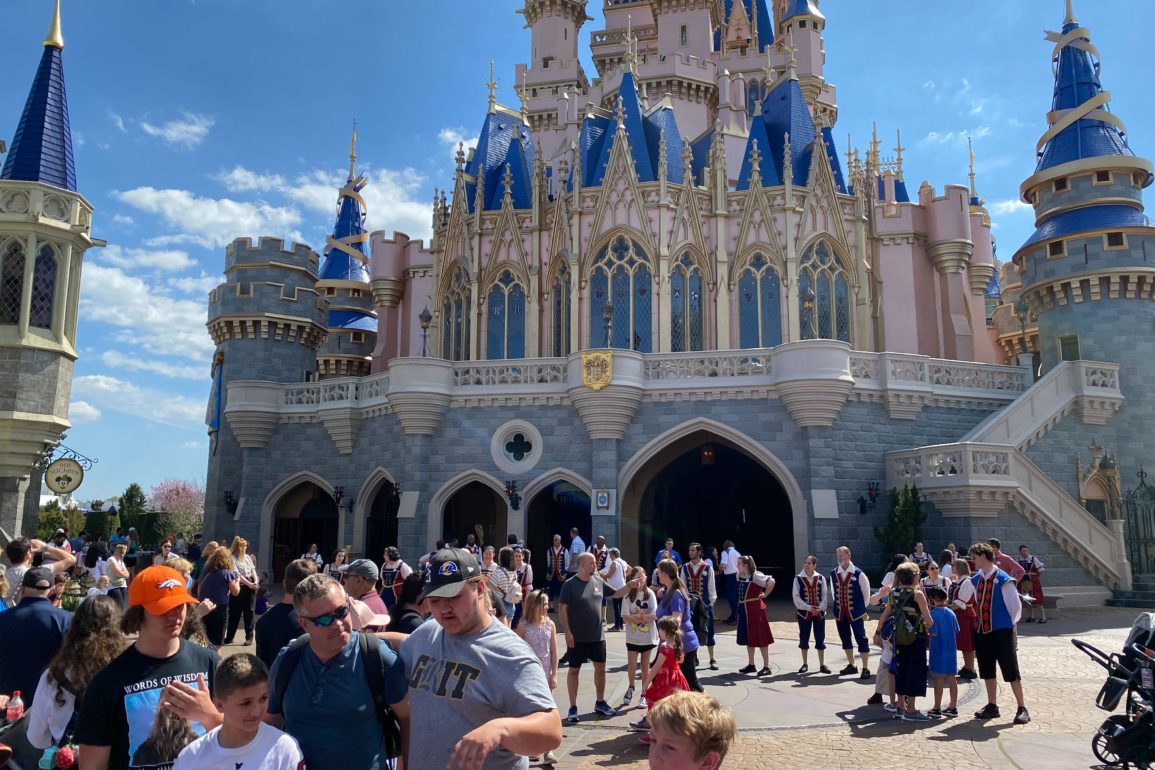 UPDATE: As of 2:20 p.m., the Reedy Creek fire department had cleared the building, and guests were allowed to re-enter. Thankfully, this seemed to be nothing serious.

Following the sudden cancelation of a performance of Mickey’s Magical Friendship Faire, Cinderella Castle at Magic Kingdom is now being evacuated.

Cinderella’s Royal Table was completely evacuated and we could see emergency lights going off. We continued to hear alarms going off as well. Police officers arrived at the scene and guests were not allowed to approach the castle too closely.

Guests milled outside. It’s possible the pyrotechnics for the end of Mickey’s Magical Friendship Faire failed a safety check, which would require evacuation and investigation regardless of if an actual fire broke out.

The Reedy Creek fire department arrived and we saw Cast Members allowed to go back inside.

Guests then were allowed to line up to verify their Royal Table reservation and receive compensation or return for their meal.

We saw smoke rising from the second level.

We saw fireworks crew members climbing the stairs outside.

Previous
We Are One With the Force During Lightsaber Training on the Star Wars: Galactic Starcruiser