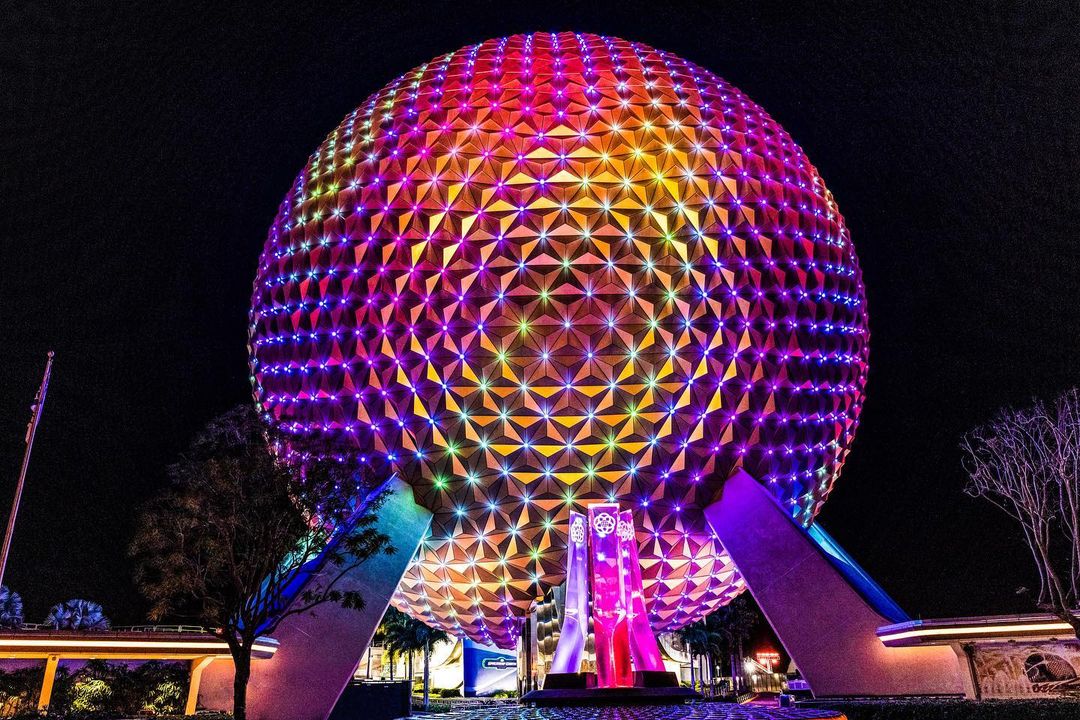 Imagineer Zach Riddley has just announced that another festival-focused Beacons of Magic show will debut tonight for the International Flower & Garden Festival.

Riddley said, “Since October and the launch of Walt Disney World’s 50th Anniversary, Spaceship Earth has come alive as a “beacon of magic” each evening with new lighting, music and emotion that is unique to this park. As new festivals open, Imagineers have had fun creating new limited time sequences that tie to the spirit of each festival and the spirit of EPCOT in stunning and poetic moments never before possible on this grand icon.”

The show will feature “Colors of the Wind” from “Pocahontas.” It will also mark the first time that Spaceship Earth will be lit in earth tones, according to the Imagineer.

The Beacons of Magic premiered last fall as part of the 50th anniversary of Walt Disney World. At the end of the celebration, the other three parks’ icons will no longer feature shows but Spaceship Earth at EPCOT will keep its “Points of Light.” It’s unknown if festivals will continue to have unique shows after the celebration is over.

Next
All Topiaries at the 2022 EPCOT International Flower & Garden Festival