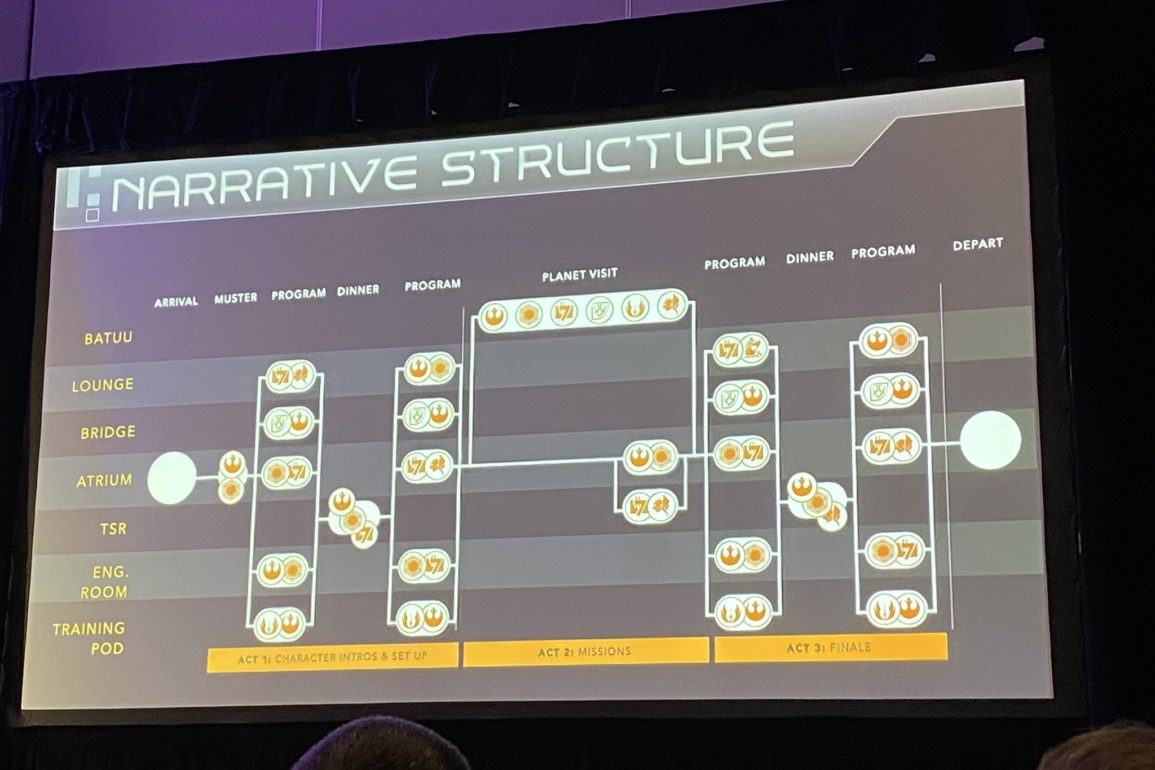 See The Paths of Each Possible Passenger Journey on Star Wars: Galactic Starcruiser

During the 2022 Game Developers Conference, Disney shared charts mapping the possible passenger journeys and the narrative structure of Star Wars: Galactic Starcruiser. This article will contain spoilers for the experience.

The passenger journey map shows how guests go from just a passenger to a hero through six possible paths. Each path is connected to another, for three full stories.

This means that if you choose to help either the Resistance or First Order (or work both sides), you will likely get a good idea of that entire general story. However, you would likely miss out on a lot of elements of the Smuggler/Rom-Com and Force/Heist stories.

The locations listed on the chart are Batuu, lounge, bridge, atrium, TSR (table-service restaurant), engineering room, and training pod. The activities along the top of the chart are arrival, muster, program, dinner, planet visit, and departure — with program and dinner repeated.

Two or three symbols are shown next to each other in each row and column, matching up with an activity and location. For example, the First Order and Resistance symbols are both shown in the Atrium during the Muster, meaning that story moments for those happen there during that activity. All the symbols are shown under “planet visit” and Batuu during act 2: missions. Different symbol combinations are shown in different locations during programming. Lines connect the clusters of symbols to show how the entire narrative flows and connects.

Here is a more in-depth breakdown of the chart:

*There is a ship logo pictured next to the Lounge at this time.