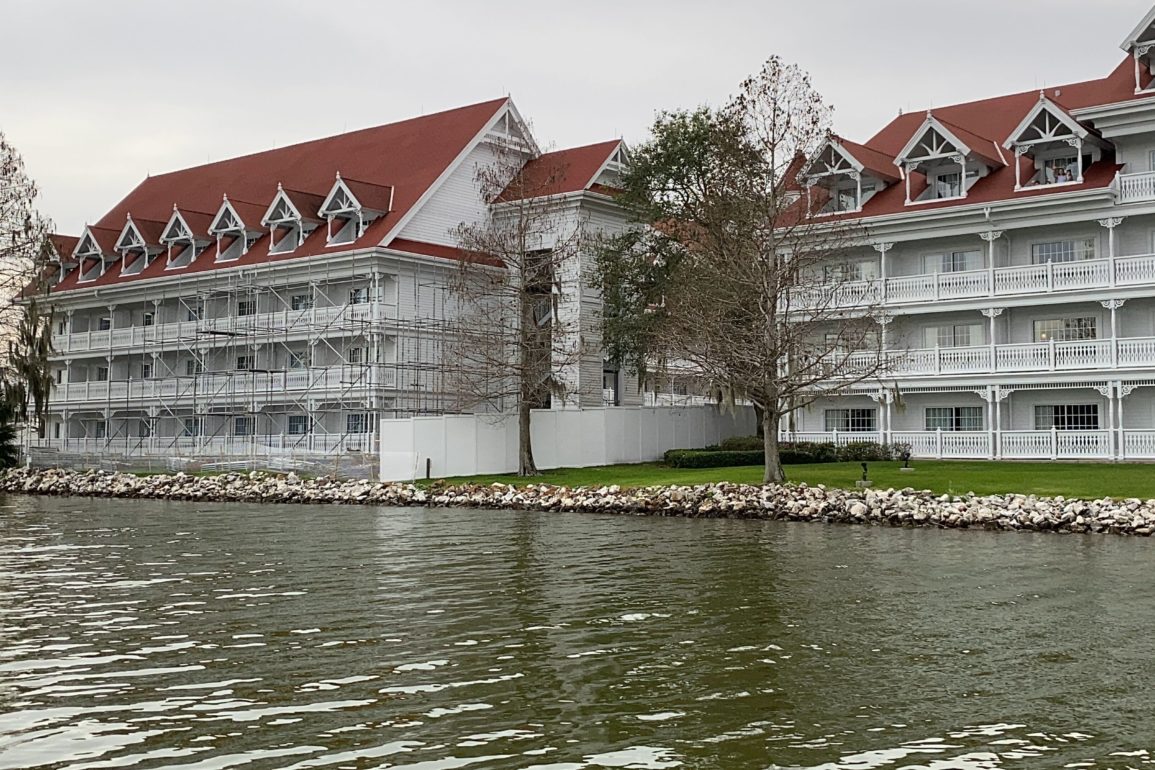 The Villas at Disney’s Grand Floridian Resort & Spa have announced an expansion, and construction is underway. We stopped by to see how things are coming along.

Construction began on March 1, and the new Grand Floridian villas will be available for Disney Vacation Club members to book some time this summer.

On the right side, you can see construction walls have been erected around one side of Big Pine Key, the location of the new Resort Studio Villas.

Guests can find the Big Pine Key building near the Courtyard Pool and the Main Lobby.

Disney began selling the new units at The Villas at Disney’s Grand Floridian Resort and Spa at the beginning of March 2022.

Scaffolding has gone up in front of the balconies of the rooms.

These Resort Studio units are the Disney Vacation Club’s first rooms of this type.

The main difference between a Deluxe Studio and a Resort Studio is the latter does not offer a kitchenette. The Resort Studios are more similar to standard deluxe hotel rooms.

We got a look at the interior of the new villas last week. Disney also released a short documentary on the expansion last week.

Are you looking forward to this new room type for Disney Vacation Club? Let us know in the comments.