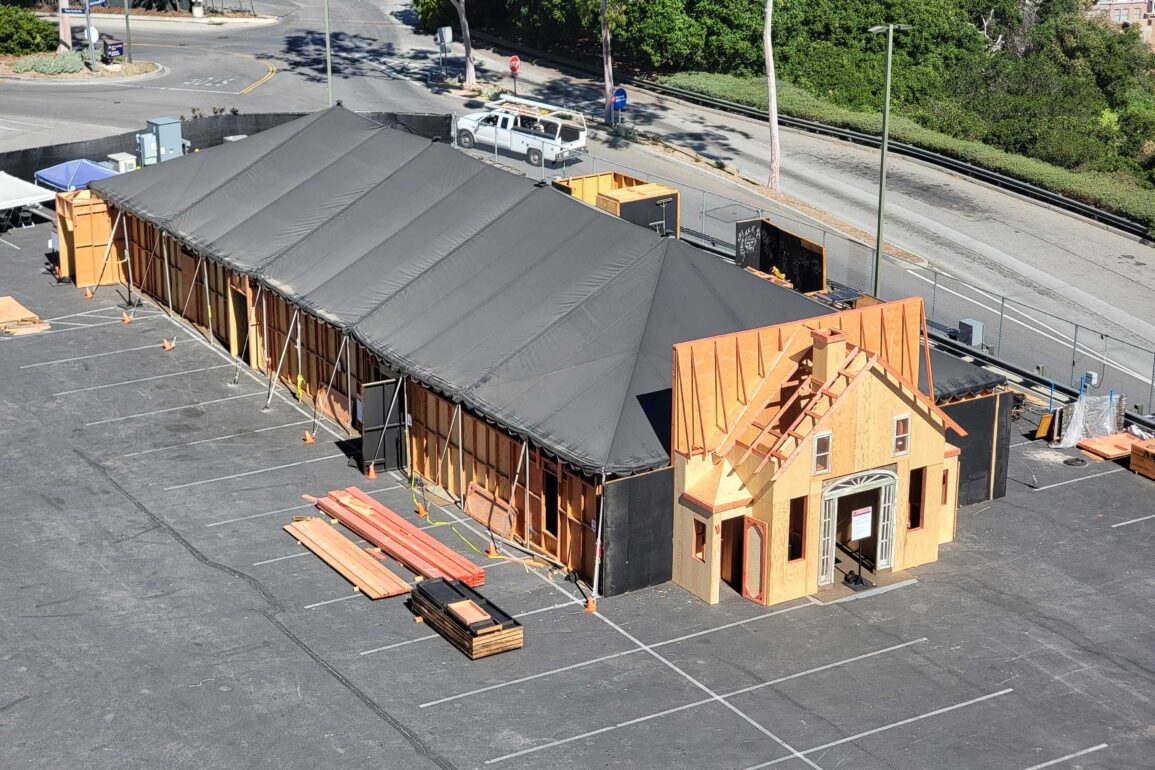 You might think it’s a bit early to be preparing for spooky season, but is it really? Construction has begun on multiple Halloween Horror Nights mazes at Universal Studios Hollywood. We can spot one maze being constructed in a backstage parking lot.

The maze building has been more enclosed with wood paneling.

It has a black tent roof.

There are multiple doors and windows in the sides of the building.

The façade resembles a suburban house, with paned windows, a front door, and a chimney sticking out of the roof. Themed paneling and paint have yet to be added.

Some wood planks were stacked next to the tent awaiting installation. This could be for a Scarecrow-themed maze.

Inside the park, there are construction walls up next to Mel’s Diner.

More construction walls are up next to The Secret Life of Pets: Off the Leash.

These sets of walls could possibly be for the construction of scarezones.

Next to Revenge of the Mummy, another tent has been erected with a façade coming together.

According to the speculation map, this maze could be Universal Monsters: The Mummy.

The façade is still just wood planks right now and has not been enclosed.

Some reddish wood is also visible at the back of the tent.

Check out the Halloween Horror Nights speculation map. And let us know if you’re excited in the comments below!

'The Horrors of Blumhouse' Coming to Universal Studios Hollywood for Halloween Horror Nights, All Ti...June 23, 2022
Refurbishment Continues Throughout Toon Lagoon in Universal's Islands of AdventureJuly 5, 2022
New Back to the Future Ornament Arrives at Universal Studios FloridaJuly 16, 2022