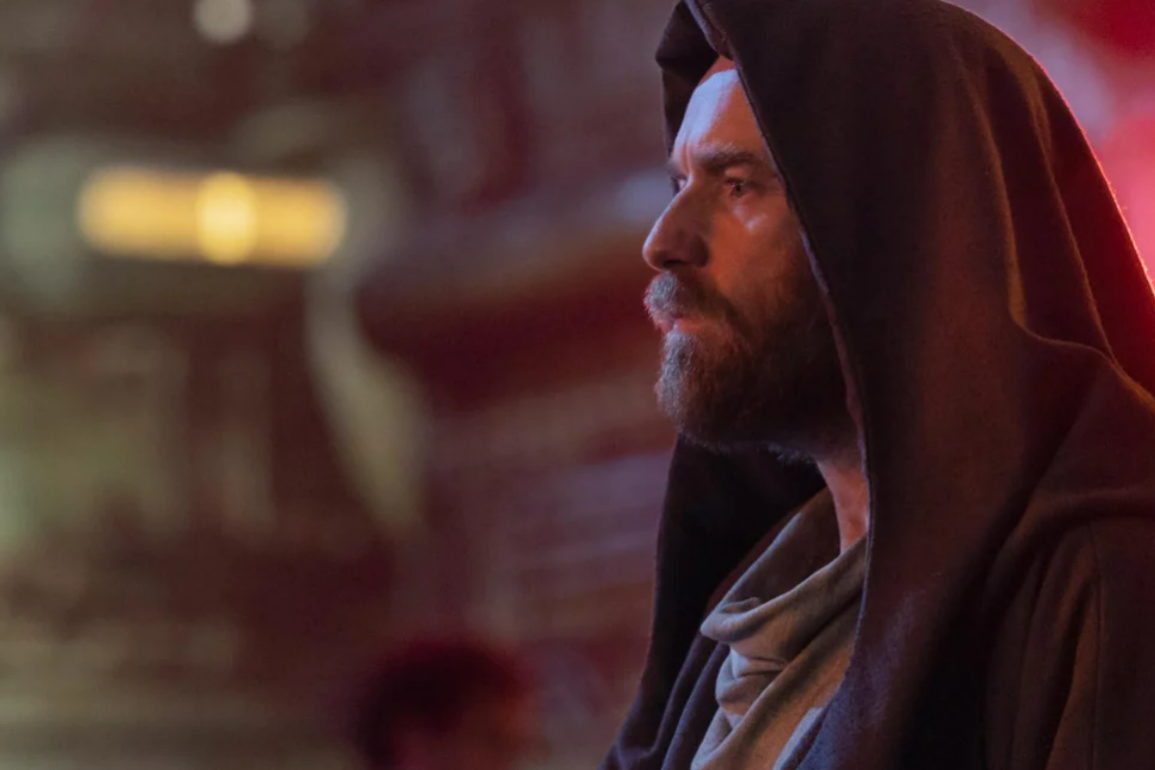 Entertainment Weekly’s final print cover features Ewan McGregor as Obi-Wan Kenobi. The story also gave us a look at the first episode with another returning character and one character new to the series cast.

In these exclusive images from Entertainment Weekly, we get a look at three of the main characters in the new series: Obi-Wan Kenobi, Uncle Owen, and Reva.

On the cover of Entertainment Weekly, we see Ewan McGregor as Obi-Wan Kenobi holding his lightsaber.

Series star Ewan McGregor explains, “We find Obi-Wan at the beginning of our story rather broken, and faithless, and beaten, somewhat given up.”

Here we see McGregor’s Obi-Wan Kenobi in a cavern on Tatooine, where he watches over a young Luke Skywalker from afar.

Here we get a look at Obi-Wan Kenobi with an Eopie.

Reva shares a common dark-side goal with Darth Vader and the Grand Inquisitor.

Joel Edgerton returns as Uncle Owen, who is burdened with the secret of both Luke and Obi-Wan’s presence on Tatooine.