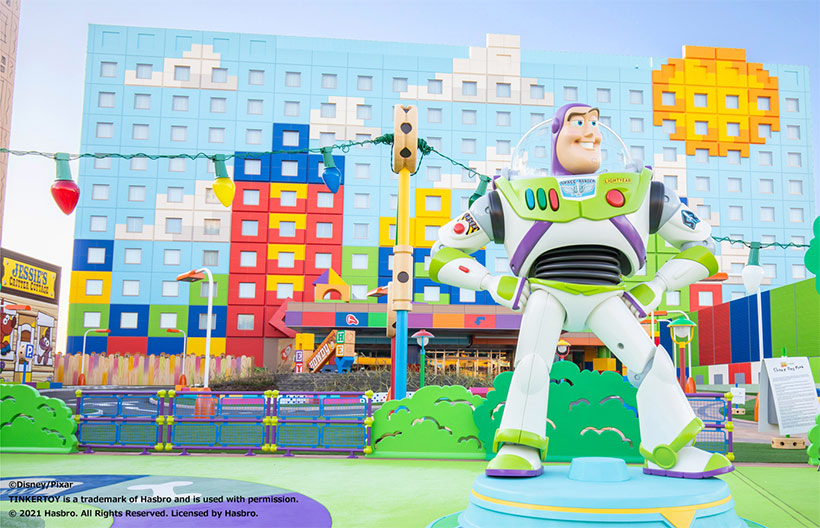 We’re now less than a month from the grand opening of the Toy Story Hotel at Tokyo Disney Resort on April 5, and the Oriental Land Company is giving a first look inside the new Slinky Dog Park courtyard, which will be part of the hotel’s grand entrance area.

In fact, the entire area is laid out as a board game. Tinkertoys act as supports for giant Christmas lights to illuminate the area. Benches, giant cards, and other structures provide seating.

There’s lots of cute photo ops too, like this story book of the namesake Slinky Dog running through his park.

The Toy Story Hotel at Tokyo Disney Resort opens April 5, and we’ll be there to provide full coverage of everything inside and out, so be sure you keep your eyes on WDWNT for the latest details!