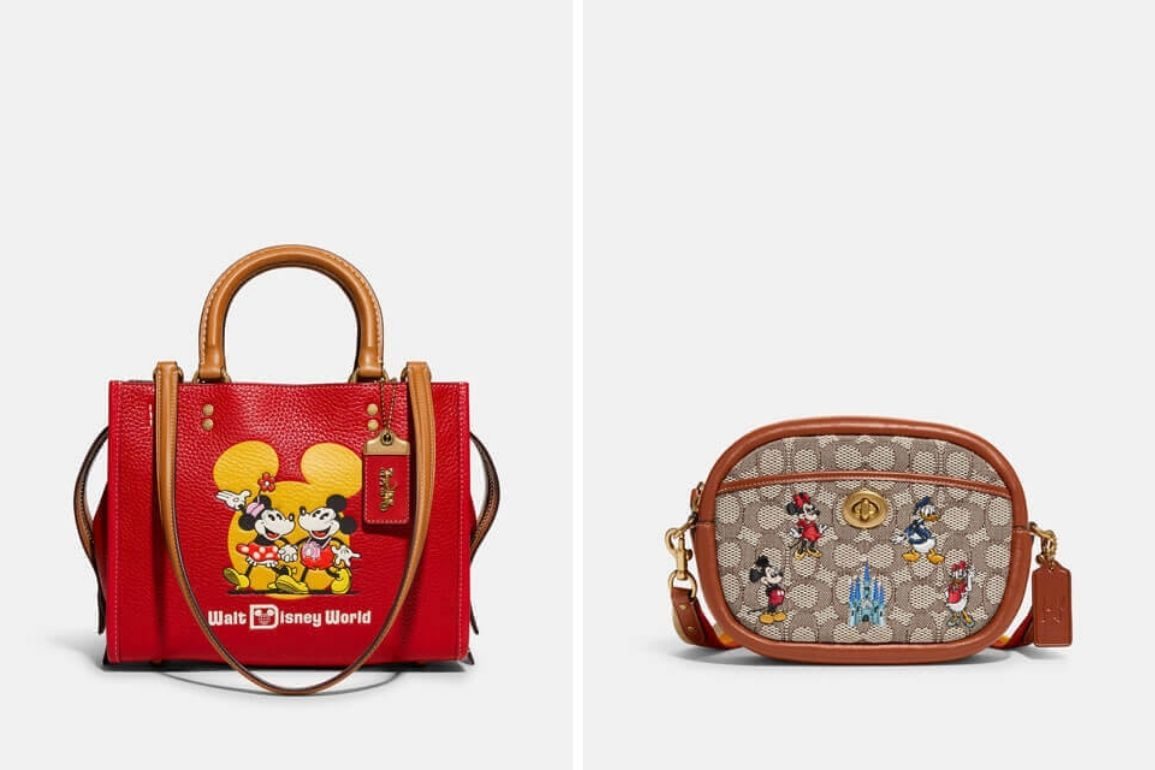 We got a first look at some of the new Walt Disney World 50th bags coming to the Coach store at Disney Springs on Monday, March 28.

Thanks to the Japanese website Daimaru, we got a first look at some of the bags that will be released in a new Walt Disney World 50th Anniversary collection. The bag above is a smaller crossbody bag with the classic Coach pattern in brown and our friends Mickey, Minnie, Donald, and Daisy embroidered on the pattern. There is also an embroidery of a blue Cinderella Castle.

This bag is a red tote bag with brown straps. Mickey and Minnie are holding hands in front of a yellow Mickey Mouse head. The 1971 Walt Disney World logo is underneath them in white.

And thanks to user @MTSD15869741 on Twitter, we got a look at more pieces from the collection.

This bag is also another smaller tote bag with a red, orange, and yellow strap. It has a brown handle and lining. It has the same pattern as the first crossbody bag above, with the addition of Pluto.

And here is a look at a white, square-shaped bag. It has a retro image on the front of Mickey, Donald, and Pluto riding along on the Walt Disney World Railroad. An image of Cinderella Castle and the Monorail are behind them, underneath the 1971 Walt Disney World logo.

The collection is expected to be released on Monday, March 28, in the Coach store at Disney Springs.

Will you be adding these to your collection? Let us know in the comments.