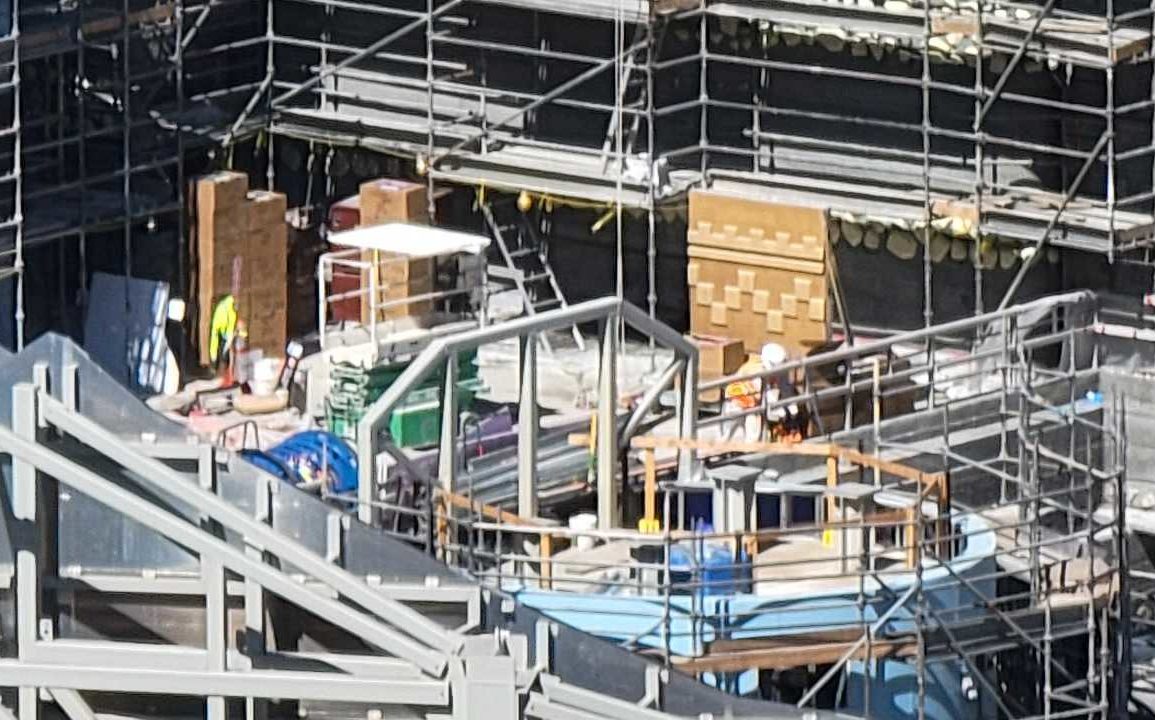 A day after it was announced Super Nintendo World would open next year at Universal Studios Hollywood, we’re seeing the first themed walls erected in the land.

The land is visible from the escalators between the Upper and Lower lots.

The new walls are right in the center of the land.

They look like they are made out of brown stones. Other grey stone elements are visible behind and next to the brown walls.

Guests will enter Super Nintendo World through a tunnel.

The green hills have been visible for quite some time now.

Weather-proof sheathing and black paneling have been installed during the past few months. Tarps cover some of the construction areas.

There is scaffolding around much of the land.

Super Nintendo World opened at Universal Studios Japan almost exactly one year ago. Check out the attractions — Mario Kart: Koopa’s Challenge and Yoshi’s Adventure — experience the food, browse the merchandise, and take a full tour of the land.

Check out our video of the construction progress below.

Next
Disney CEO Bob Chapek Apologizes to Cast Members for Silence Regarding ‘Don’t Say Gay’ Bill, Vows to Be an Ally to LGBT+ Community