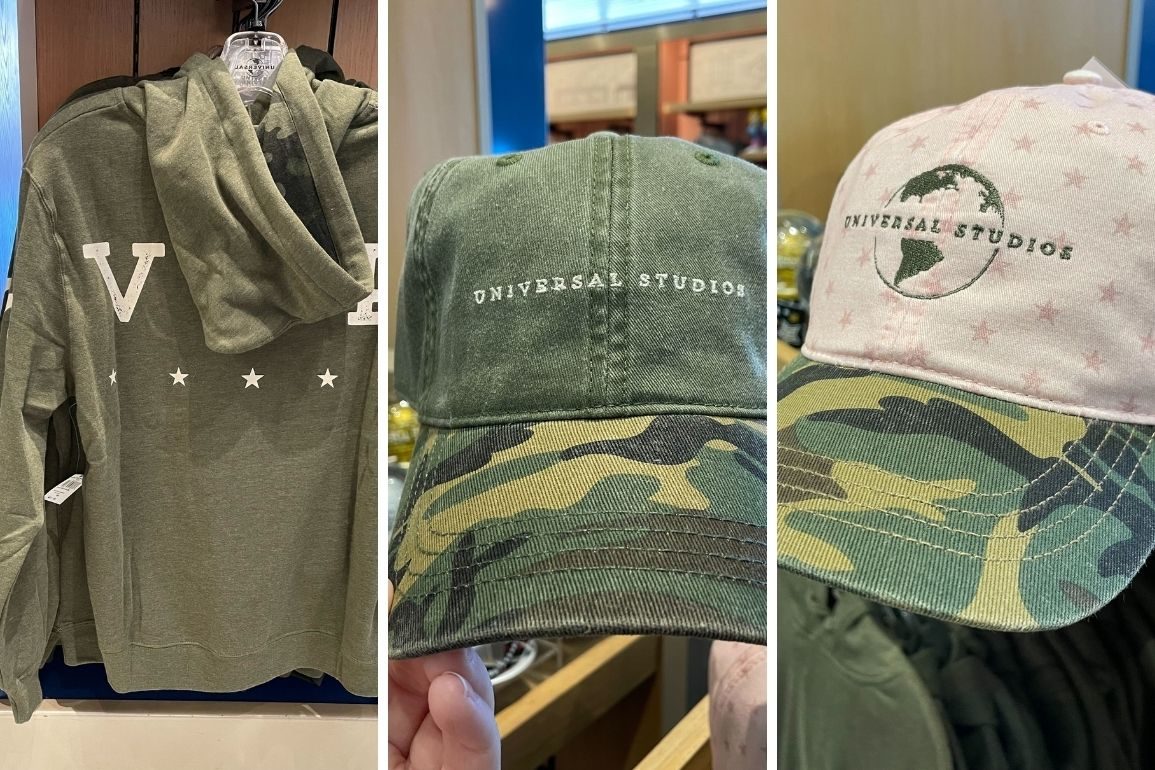 While shopping at CityWalk this week, we found this new hoodie and two matching hats with a camouflage motif. You can find these at the Universal Studios Store.

The Universal Studios logo is on the front left breast.

White lettering on the sleeves and back of this hooded sweatshirt spell out “Universal.”

The hood’s interior has a camouflage print.

This cap says “Universal Studios” across the front in white embroidered letters.

The bill of this cap features an all-over camouflage print. The upper portion of the cap is solid faded green.

The side has five stars and “EST. 1912” embroidered in white. 1912 is the year Universal Studios first opened their film studio in California.

Similarly, this baseball cap has an all-over camouflage print on the bill.

The front of the hat has the Universal Studios logo embroidered in green.

The upper portion of the cap is light pink and has slightly darker pink stars printed throughout.

Will you be picking any of these up on your next visit to Universal Orlando Resort? Let us know in the comments.

Next
REVIEW: Start Your Day on a Good Note with Breakfast at Wind & Waves Grill at Disney’s Vero Beach Resort