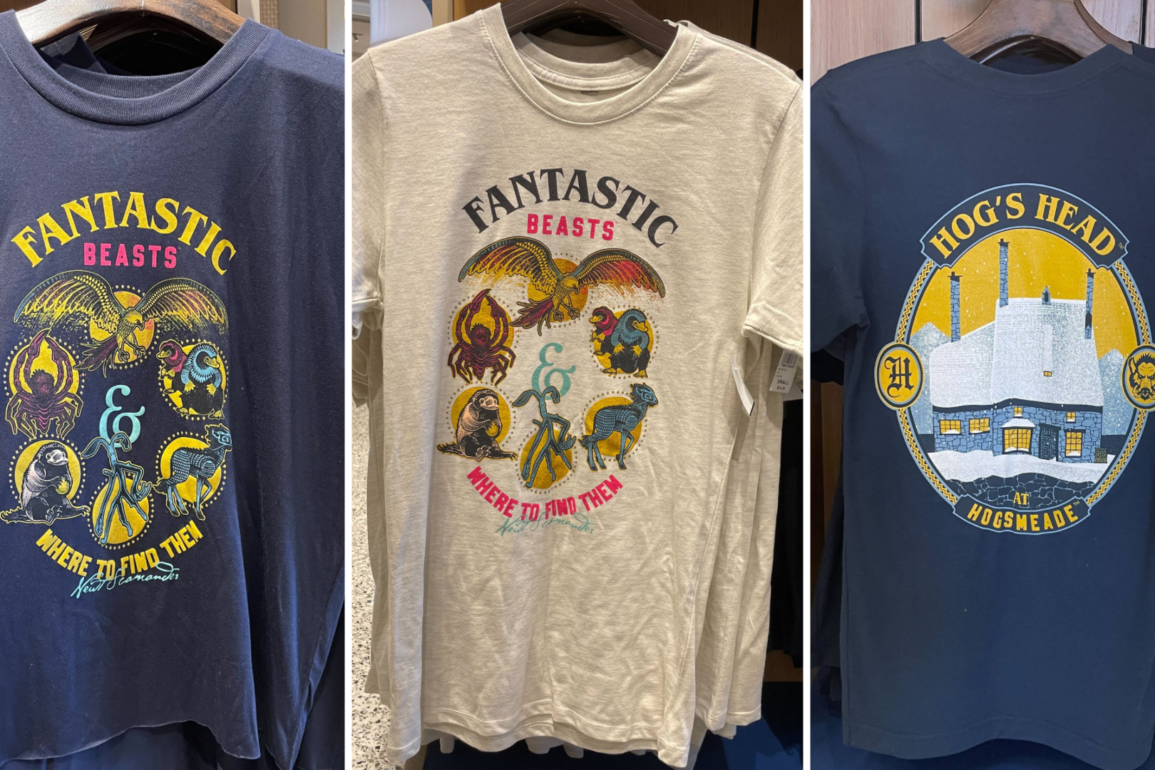 New shirts inspired by the “Fantastic Beasts” series are now available at Universal Orlando Resort. We found these three tees in the Universal Studios Store at CityWalk.

This shirt reads “Fantastic Beasts & Where to Find Them” around a circle of creatures from the series.

The creatures are a phoenix, nifflers, a qirin, a bowtruckle, and a fire crab. The qirin and fire crab are to be introduced in the next film. Newt Scamander’s signature is below the design.

This tee has the same design with slightly different colors against a dark blue background.

It has shorter sleeves to make it almost a tank top.

This tee is also dark blue.

The Hog’s Head emblem featuring the name and hog’s head are on the left breast.

A larger logo featuring the exterior of the bar covered in snow is on the back.

The Hog’s Head appeared in the original “Harry Potter” series and will appear in “Fantastic Beasts: The Secrets of Dumbledore.”