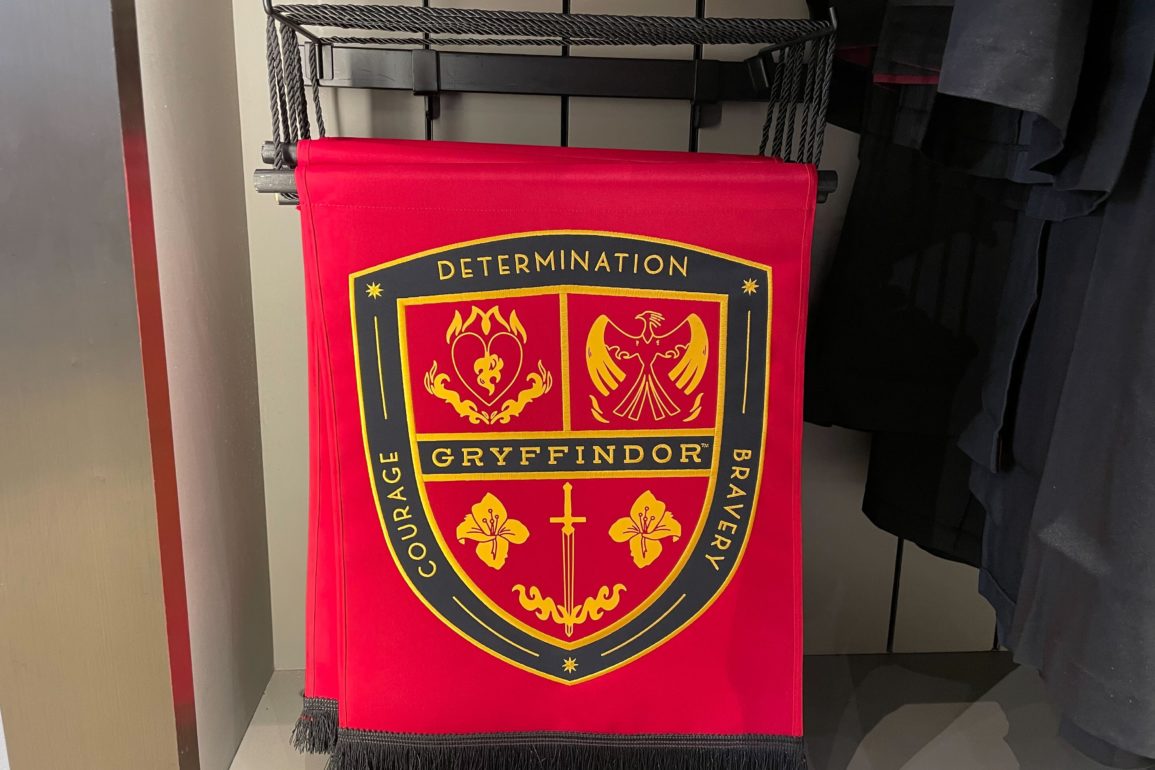 Each banner is the corresponding house’s main color and features a crest of symbols in the center. The Gryffindor banner is red with a black and gold crest featuring a flaming heart, Phoenix, and the sword of Godric Gryffindor. It lists determination, courage, and bravery around the edge of the crest.

They are made out of thick fabric, with a black fringe on the bottom.

The Slytherin banner is green with a black and grey crest featuring a potion, snake, and Slytherin’s locket. It lists ambition, pride, and cunning.

The crests are attached to a horizontal pole with a black rope for hanging on the wall.

The Ravenclaw banner is blue with a black and gold crest featuring a feather, wand, and Ravenclaw’s diadem. It lists learning, wit, and wisdom.

The Hufflepuff banner is yellow and black featuring a mandrake, an hourglass, and Hufflepuff’s cup. It lists patience, dedication, and loyalty.