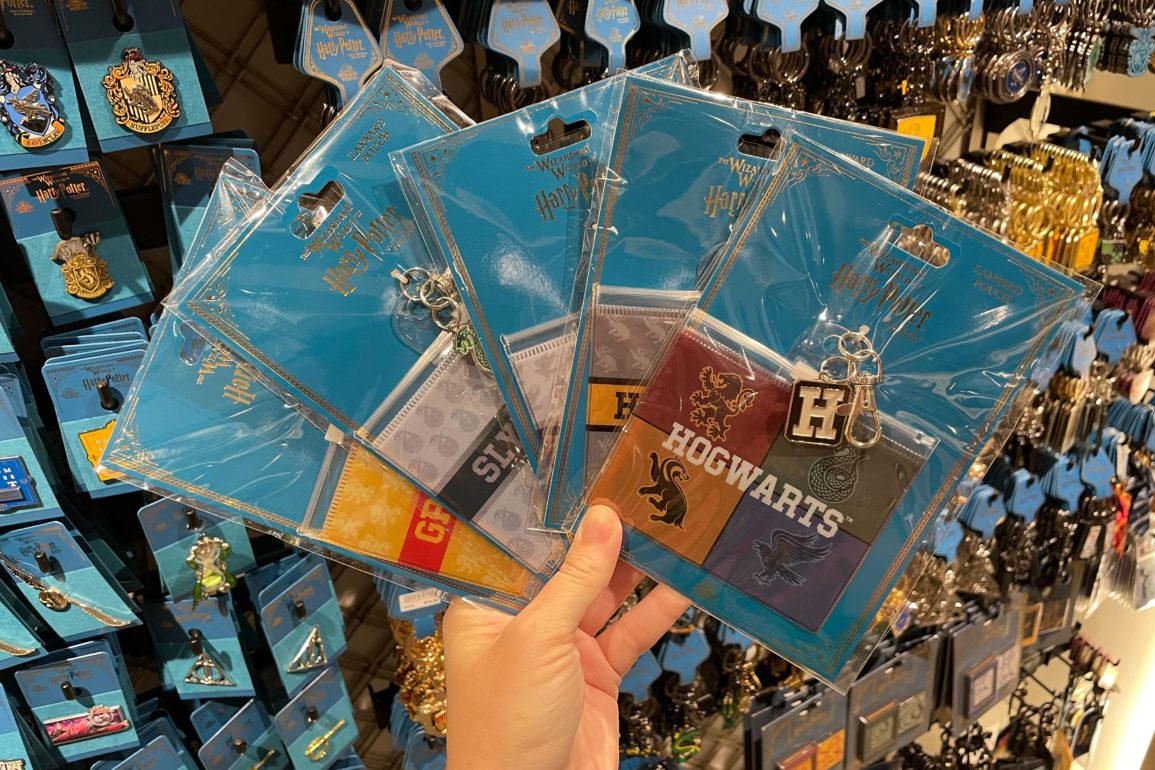 New lanyard pouches for each Hogwarts house, and one for Hogwarts in general, are now available at Universal Orlando Resort. We found these in the “Harry Potter” section of the Universal Studios Store in CityWalk.

The general Hogwarts pouch has four squares on the front, each featuring a different Hogwarts house mascot and colors.

“Hogwarts” is in white letters across the center.

An “H” charm is attached to the carabiner clip.

The Hufflepuff pouch is mainly grey, with a yellow stripe across the center.

The grey background is patterned with badgers, while the stripe reads “Hufflepuff” in black letters.

Its charm is a black and yellow badger.

The Ravenclaw pouch is a slightly lighter grey with a blue stripe.

Ravens are patterned in the background, and the stripe reads “Ravenclaw.”

The charm is a blue raven.

The Gryffindor pouch is golden yellow with a red stripe.

“Gryffindor” is in yellow lettering on the stripe.

The charm is a red and gold lion.

The Slytherin pouch is silvery grey with a dark green stripe.

“Slytherin” is in silver-grey lettering.

The charm is a bright green snake.