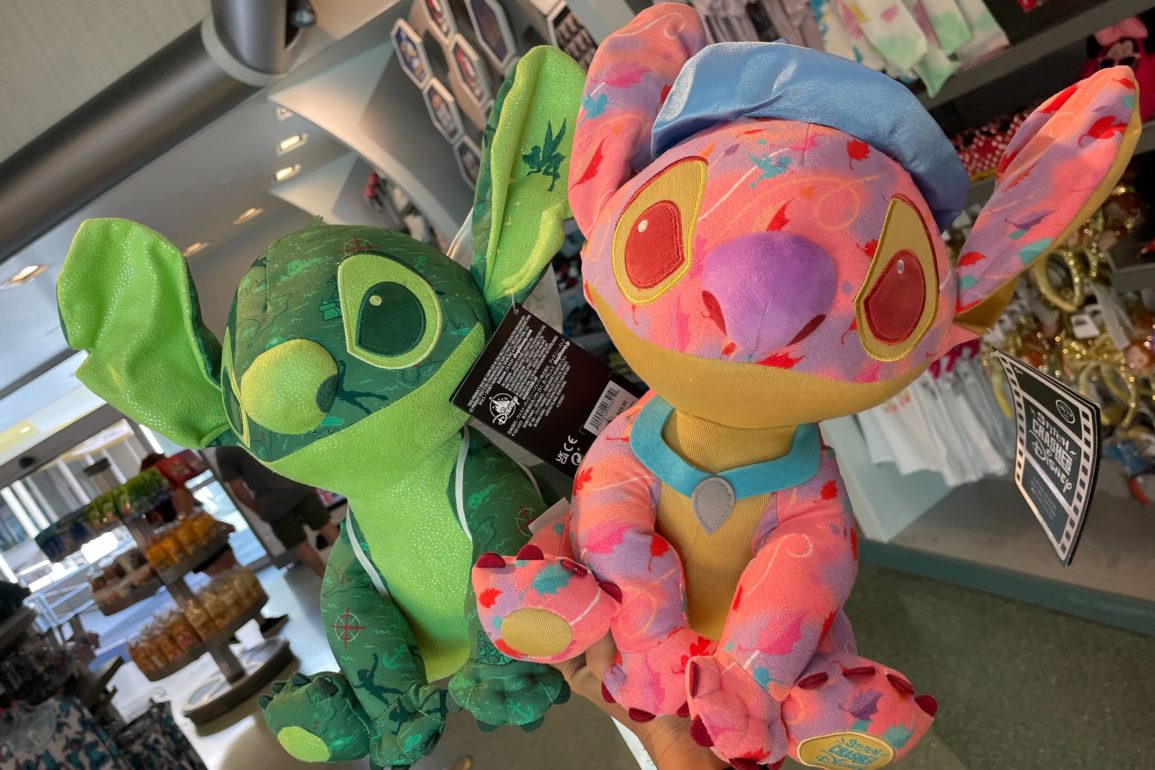 We found both in Star Traders at Magic Kingdom. Other items from these Stitch Crashes Disney series were already released.

This plush is green with “Peter Pan” elements on the main print.

Stitch’s nose, the inside of his ears, and his stomach are a lighter green fabric with sparkles.

Tinker Bell’s silhouette is in one of his ears.

This Stitch is mostly inspired by the “Colors of the Wind” sequence from “Pocahontas.” He’s mainly pink, with a light brown stomach, ears, and palms.

His nose is purple.

He wears a blue sailor’s hat.

He is also wearing Pocahontas’ necklace.

Some colorful leaves are embroidered in his ear.

The pink portions of Stitch have an all-over leaf pattern too.

Have you been collecting the Stitch Crashes Disney items? Let us know in the comments.

Next
Disney CFO Christine McCarthy States Some People ‘Have More Time Than They Have Money,’ In Regards to Which Guests Purchase Genie+