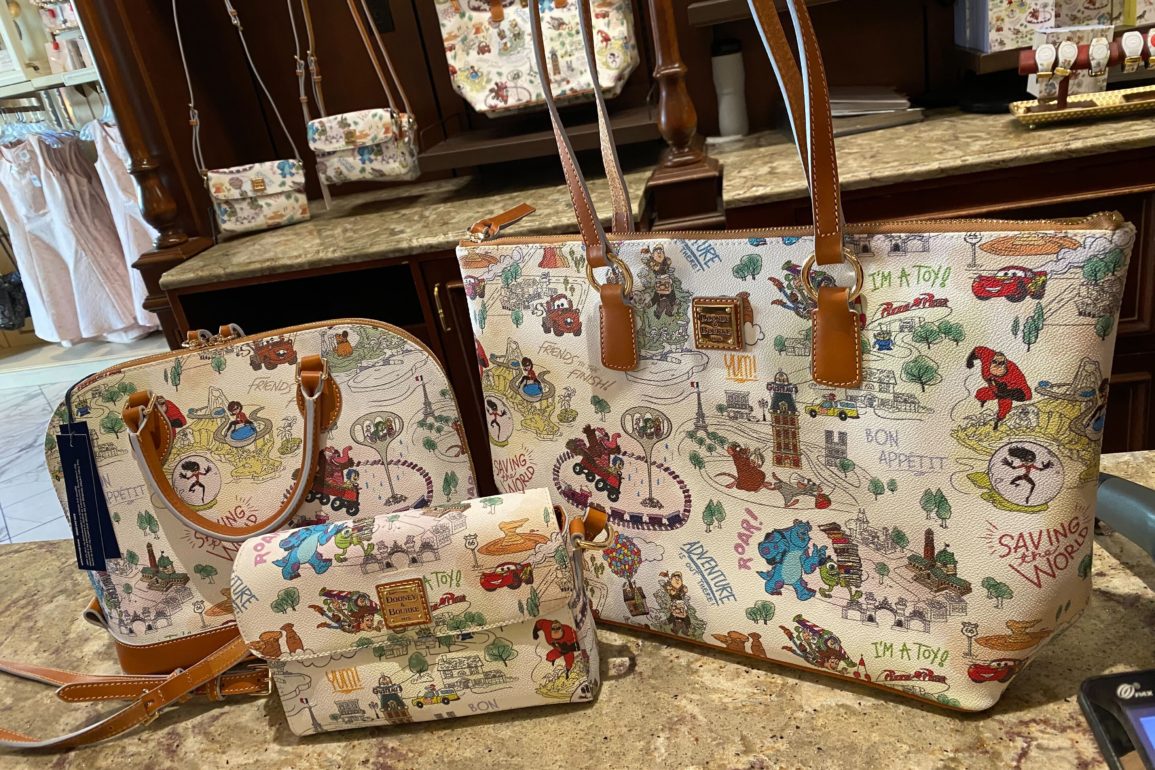 The collection can be found at Uptown Jewelers in Magic Kingdom and at Legends of Hollywood in Disney’s Hollywood Studios (where we first saw one bag on display).

It includes a crossbody bag, handbag, tote bag, and MagicBand.

The straps of each bag are brown.

The base bag is white and covered in images from various Pixar films.

Mike and Sulley walk through the Monsters University campus, Lightning McQueen and Tow Mater hang out in Radiator Springs, and the Incredibles fight on Nomanisan Island.

Buzz and Woody fly above the town from “Toy Story,” including Pizza Planet and Andy’s house.

The print also features scenes, characters, and phrases from “Inside Out,” “Up,” and “Ratatouille.”

The interior lining is solid blue.

The exact positioning of the print varies from style to style and bag to bag so make sure to pick the one you like best.

Most of the scenes are visible on the large tote bag.

There are several interior pockets to the tote.

The domed handbag has a flat base.

The MagicBand comes in a box with the print on top.

The box is otherwise relatively simple.

The same print is featured on the white MagicBand.

Will you be purchasing any items from this collection? Let us know in the comments.