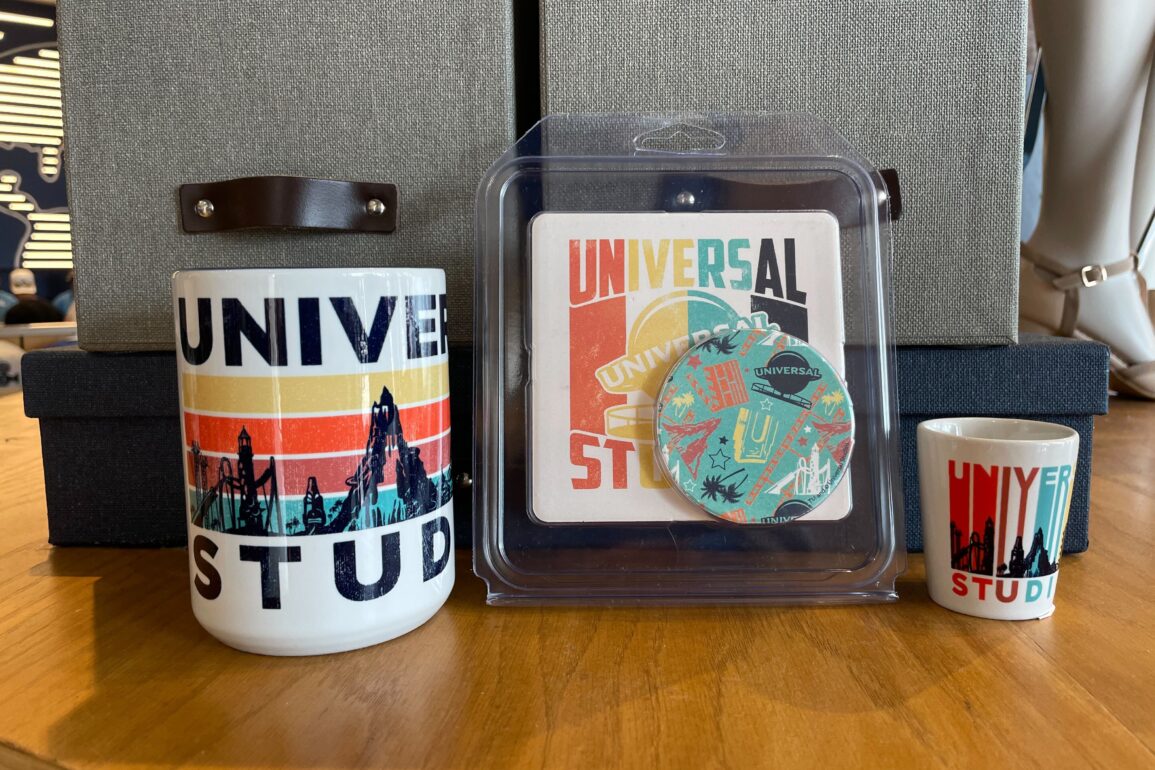 This set has two coasters — one is square-shaped and the other is a smaller circular one. The square one is white with the Universal Studios logo. And the circular one is teal with a pattern of various Universal icons.

The bottom of the square coaster is cork.

This shot glass is white and says “Universal Studios” with images of various attractions in the resort.

This mug is very similar to the shot glass. It is white and also has images of various Universal attractions, and has a navy blue handle.

These would make for great souvenirs after a trip to Universal Orlando Resort.

Next
Current and Former Disney CEOs Bob Chapek and Bob Iger Had a Falling Out, No Longer Speak