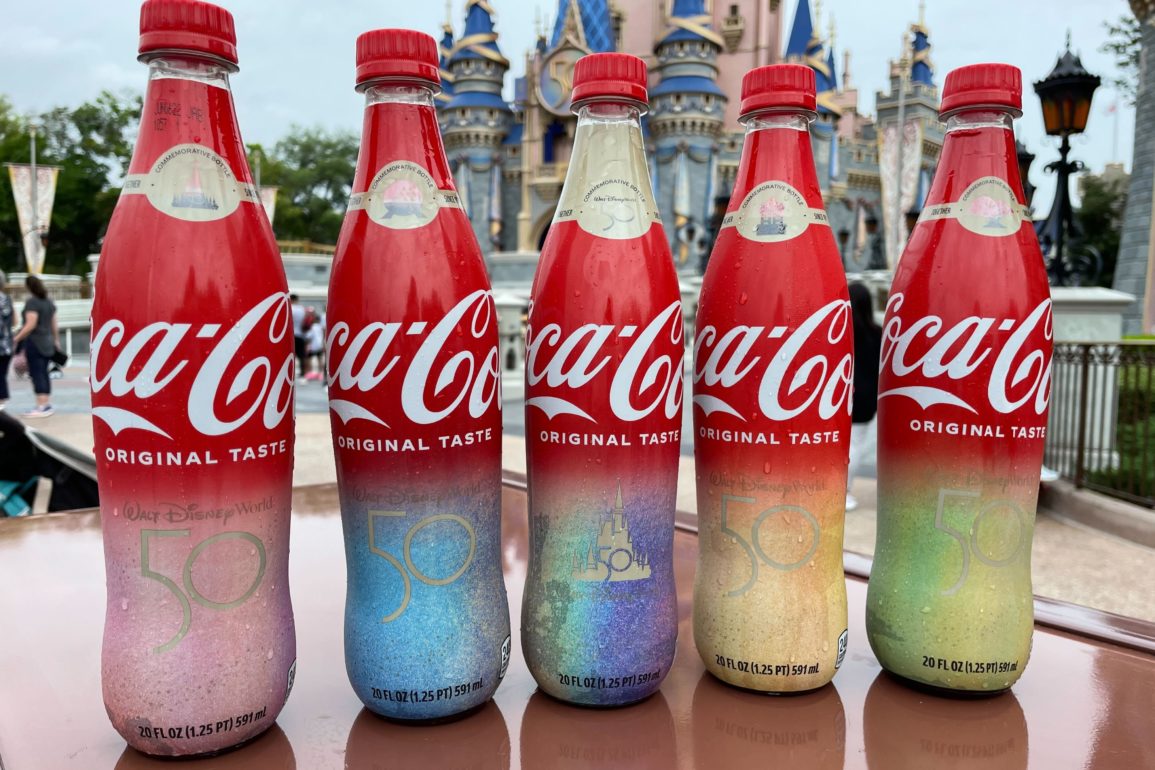 The bottles are the same price as the regular bottled sodas.

The Walt Disney World 50th anniversary logo is on the neck of the bottle, with the Cinderella Castle version below the Coca-Cola logo.

It reads, “Together since 1971” in honor of the Disney and Coca-Cola partnership.

The bottom of the bottle is EARidescent gold, green, blue, purple, and pink.

The generic 50th logo is on the bottom against a background of EARidescent pink.

Of course, Spaceship Earth takes front and center on the EPCOT bottle.

The bottom of the bottle is a shimmering blue.

Disney’s Animal Kingdom is represented by the Tree of Life.

This bottle is green and yellow.

It is appropriately decorated in sparkling gold.

They are available starting today across Walt Disney World.

Will you collect all five commemorative Walt Disney World 50th anniversary Coke bottles? Let us know in the comments!