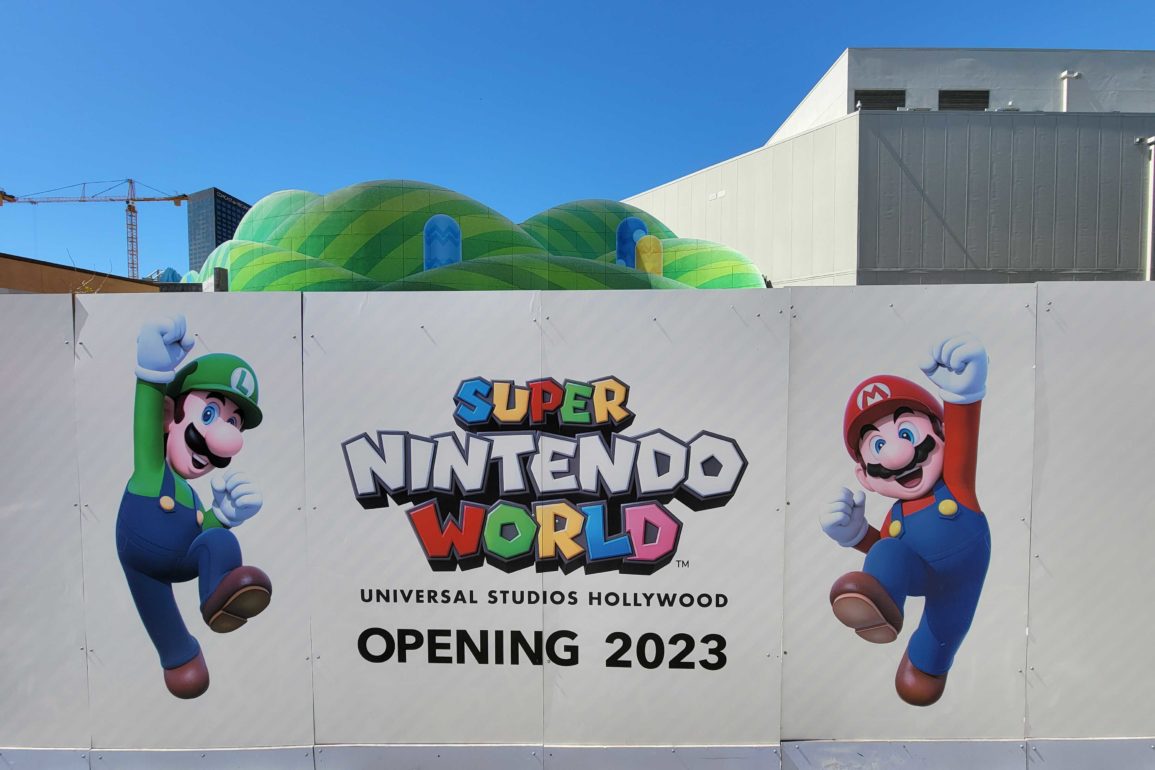 Earlier this week it was announced that Super Nintendo World would be opening at Universal Studios Hollywood next year. The construction wall at the land’s future entrance now reflects this.

Guests will enter Super Nintendo World next to Transformers: The Ride.

Beyond it, green hills rise in the distance.

We got a look at new themed walls being installed in the land earlier.

Scaffolding covers most of the land as walls continue to be installed.

Crew members were working on the center platform today.

A large black pipe runs up the scaffolding next to an archway.

Rockwork surrounds a significant portion of the land. You can see some of it at the bottom right of the photo above.

Green foliage was being painted. A stencil for it sat on the scaffolding (center of the photo above). We also saw a “Restrooms” sign — at the bottom right of the image above.

There’s not much to see from the ground though.

Are you excited to visit Super Nintendo World? Let us know in the comments.