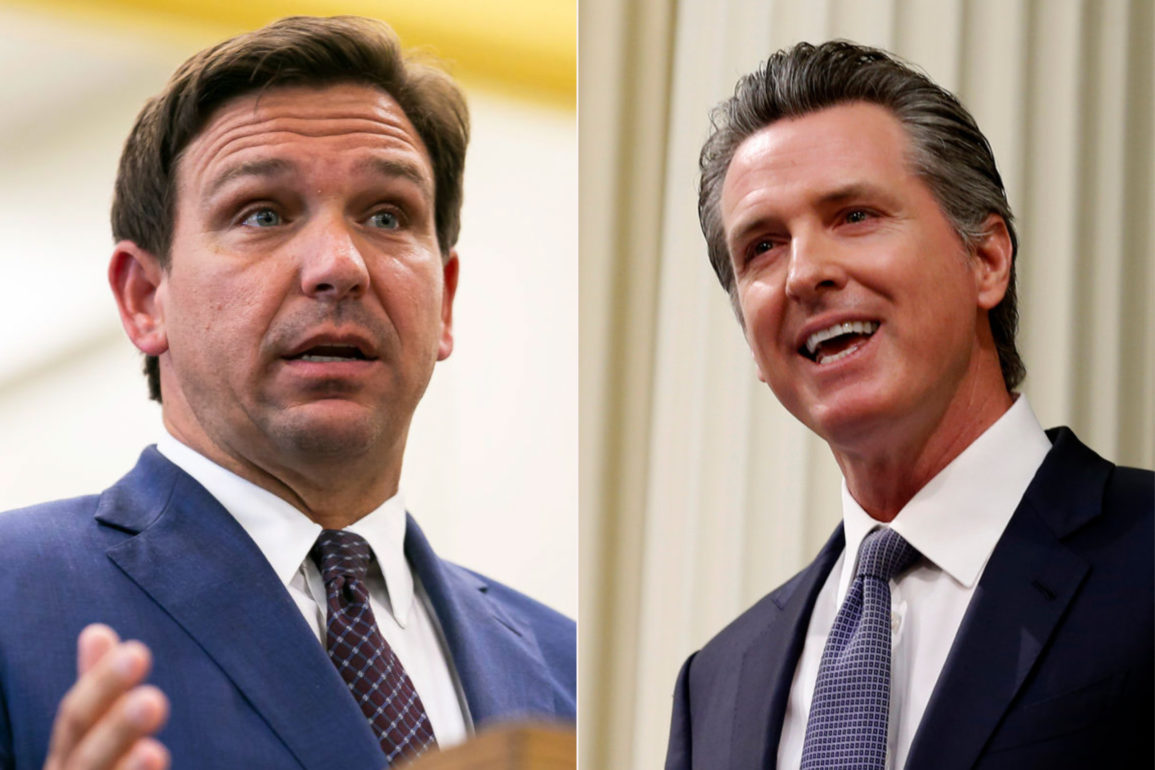 California Gov. Newsom Says ‘Door is Open’ for Disney to Bring Jobs Back After Antagonistic Comments from Florida Gov. DeSantis

The tweet referenced an article from The Los Angeles Times which covered the saga of Walt Disney Company CEO Bob Chapek’s response to the controversial Florida state bill, where he said:

Disney, the door is open to bring those jobs back to California – the state that actually represents the values of your workers.

Disney is famously in the midst of relocating more than 2000 jobs from California to Lake Nona, Florida, a situation which is feeding into the destruction of Walt Disney Imagineering as we know it.

This comment comes following a rebuke by Florida Gov. Ron DeSantis on Chapek’s eventual denunciation of the bill earlier this week, of which DeSantis said “You have companies, like at Disney, that are going to say and criticize parents’ rights, they’re going to criticize the fact that we don’t want transgenderism in kindergarten in first grade classrooms.”

Chapek initially came under fire after it was discovered Disney donated to all sponsors of the “Don’t Say Gay” bill. The company released a lackluster statement and Chapek later emailed all Disney employees regarding the bill, but did not denounce it. Employees and Cast Members spoke out, and members of Disney Media Entertainment and Distribution released a statement before Chapek finally committed to opposing the bill during this week’s shareholder meeting.