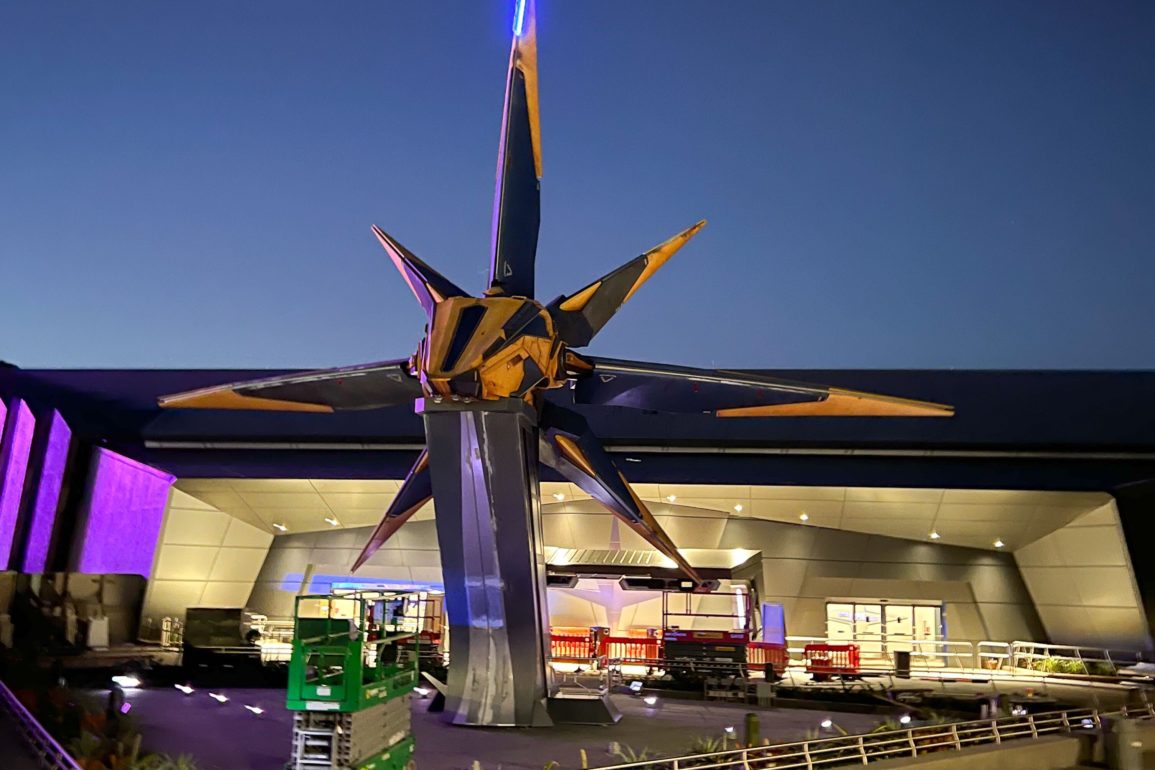 As we approach the rumored Memorial Day opening window for Guardians of the Galaxy: Cosmic Rewind at EPCOT, we’ve seen more finishing touches being placed recently. Earlier this week, planter installation began around the Nova Corps Star Blaster outside the attraction, and now testing has begun on the full lighting package for the entrance!

Outside Guardians of the Galaxy: Cosmic Rewind, the top wing of the Nova Corps Star Blaster has received a bright blue light. Lights in the planters are also being installed to illuminate both the walkway and the Star Blaster.

So far we’ve only caught the one light on the topmost wing.

The soft lighting around the attraction entrance is also new and in testing, with overhead lighting turned on to illuminate the Nova Corps logo.

Guardians of the Galaxy: Cosmic Rewind reportedly opens this Memorial Day. Are you excited to take a journey through the galaxy? Let us know in the comments below!

Previous
BREAKING: ‘Disney Enchantment’ Fireworks Cause Small Fire at Under the Sea — Journey of The Little Mermaid at Magic Kingdom

Next
California Gov. Newsom Says ‘Door is Open’ for Disney to Bring Jobs Back After Antagonistic Comments from Florida Gov. DeSantis