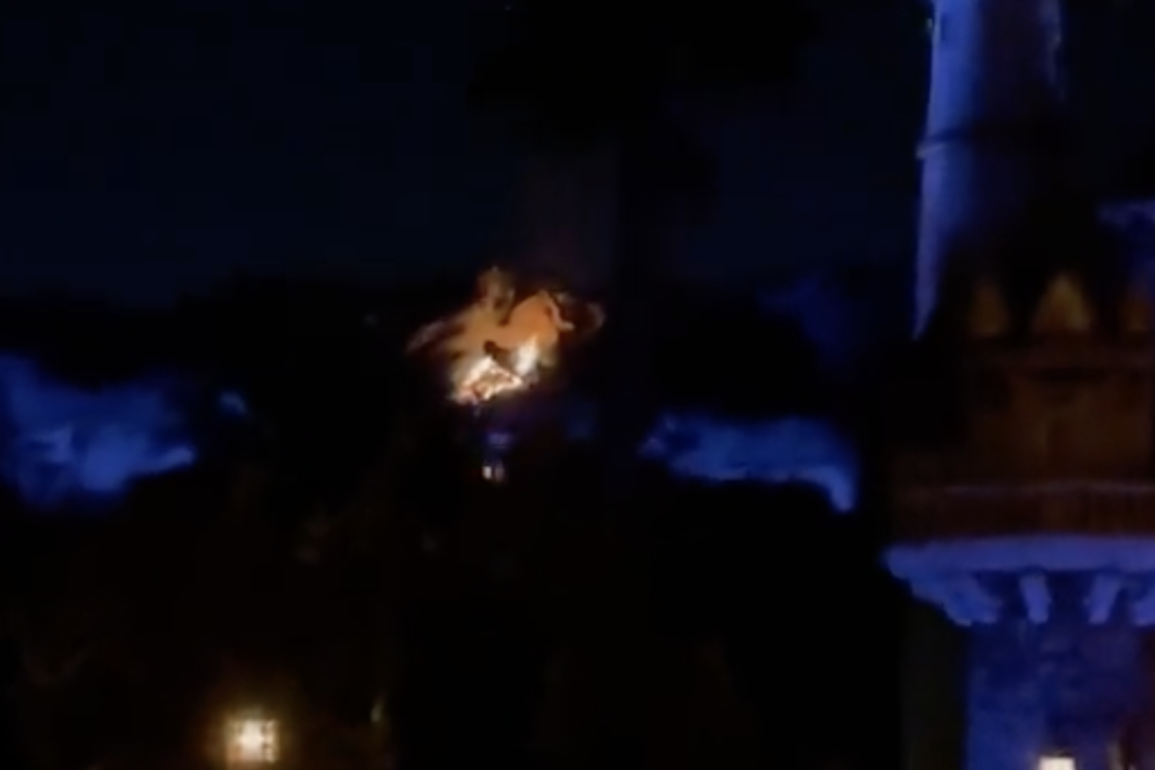 BREAKING: ‘Disney Enchantment’ Fireworks Cause Small Fire at Under the Sea — Journey of The Little Mermaid at Magic Kingdom

A Twitter user has shared video of a minor fire along the roof of Under the Sea — Journey of The Little Mermaid following tonight’s performance of “Disney Enchantment” fireworks.

The video posted by user CD Howard shows a small section of the Under the Sea — Journey of The Little Mermaid on fire. With winds near the Magic Kingdom at around 14mph as of publishing and the Orlando area still recovering from storms this morning which prompted a tornado watch, it seems likely that winds may have caused debris to blow over to the attraction and ignite following “Disney Enchantment”. The attraction is currently closed.

This is now the third fire incident related to “Disney Enchantment”, with one ignition in December causing fire rescue vehicles to parade down Main Street, U.S.A., and damage caused to the fireworks launch site while it was still in testing in August.

Next
Nova Corps Star Blaster and Facade Light Up EPCOT as Guardians of the Galaxy: Cosmic Rewind Nears Completion