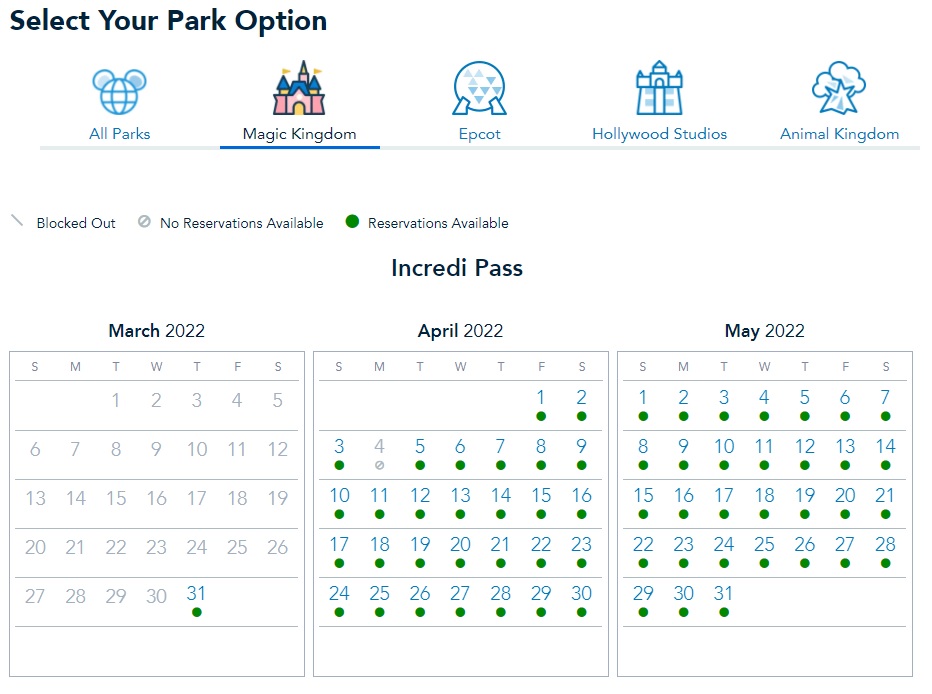 Walt Disney World Annual Passholders can now enjoy more chances to visit the parks, as Park Pass availability has been refilled on most days in April, just hours after we reported limited availability.

Currently, only April 4 is blocked out.

Over at Disney’s Hollywood Studios, April 3-6 are unavailable, though the rest of the month remains open. Looking ahead to May, only May 4, better known as Star Wars Day (as in “May the 4th be with you”) is currently unavailable.

All of April is now available (including the park’s 24th birthday on April 22), a major change from the previously-available 12 dates in the month.

As it was in our earlier report, EPCOT remains fully available for all of April, leaving plenty of time to enjoy the seasonal fun of the EPCOT International Flower & Garden Festival.