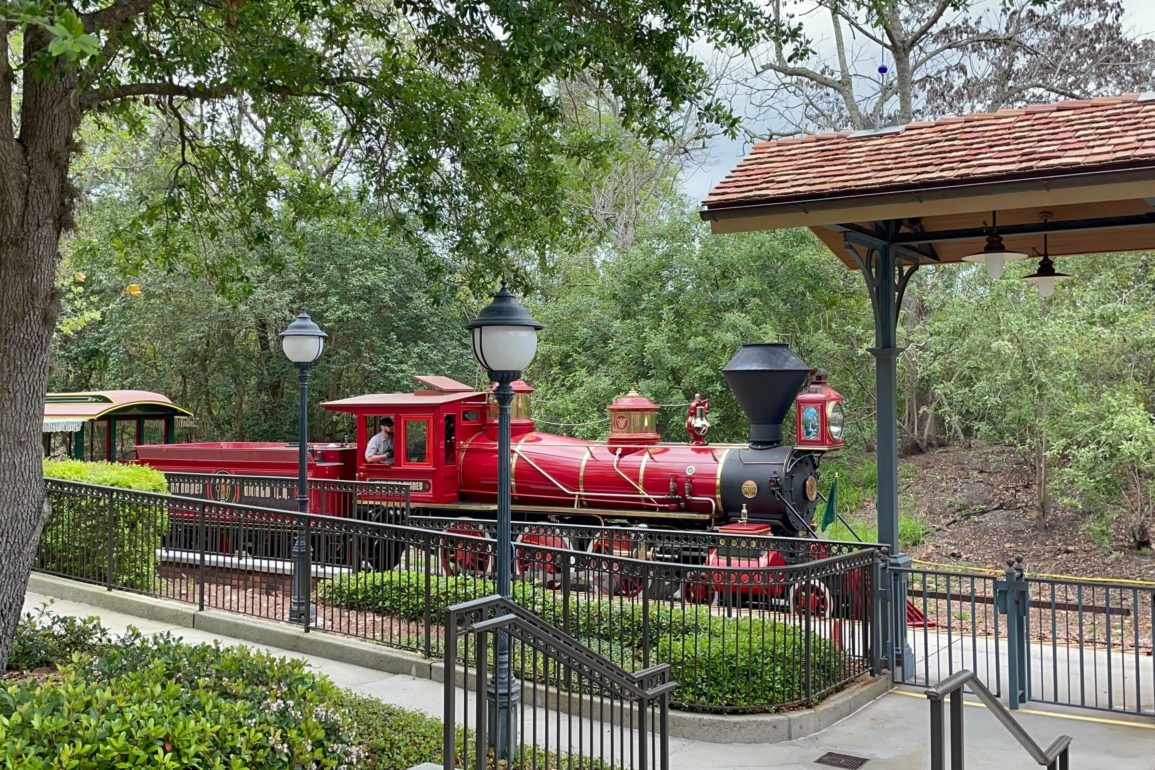 During our trip to Magic Kingdom today, we caught the Walter E. Disney train of the Walt Disney World Railroad testing near the Storybook Circus station.

It was announced in December that the refurbished locomotive would be used to test the new tracks.

Some guests have spotted the train in the past few months.

We witnessed the train pull up near the station and then move backward.

Watch our video of the train testing below.

The Walt Disney World Railroad at Magic Kingdom has been closed for over three years due to the construction of TRON Lightcycle / Run.