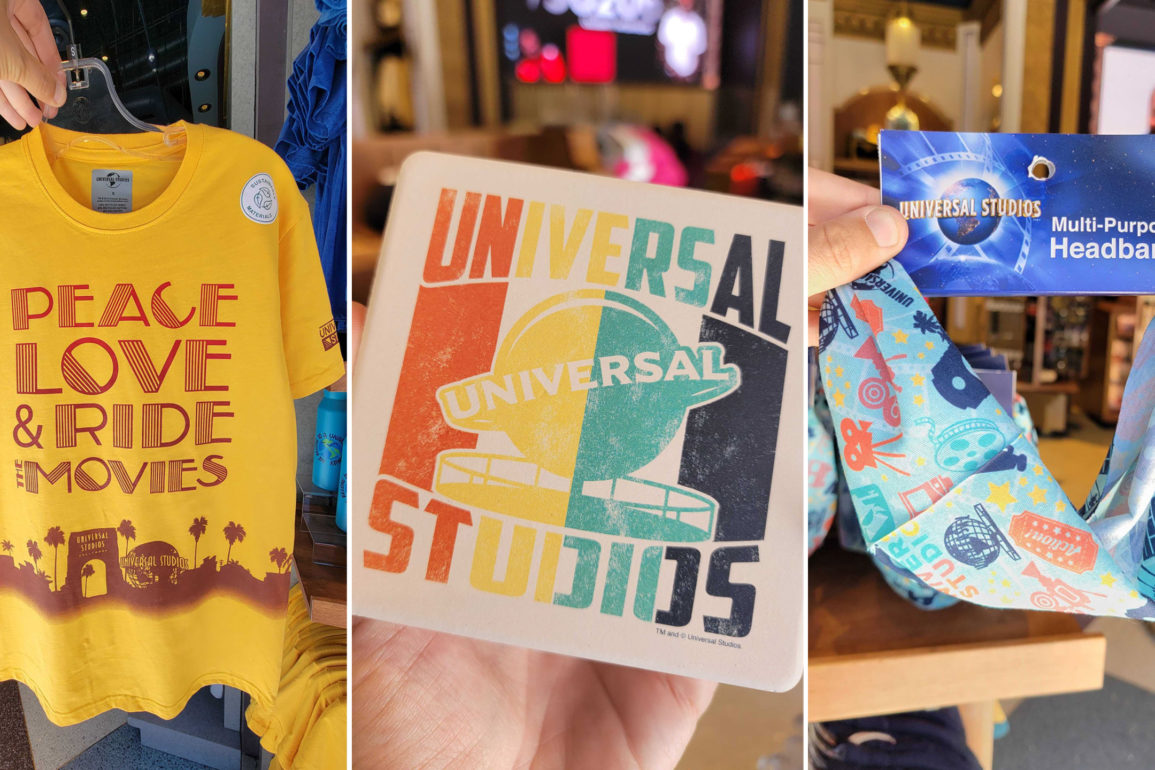 The hoodie and t-shirts are all made from 100% recycled fabric and never re-dyed.

The back of the sweatshirt is plain.

This yellow shirt features “Peace, Love, & Ride the Movies,” prominently written in an Art Deco font on the front.

On the sleeve is a rather stylized “Universal Studios.”

A gray t-shirt is available with the same design as the hoodie but in black.

The last of the new sustainable apparel is a black tee that reads, “Together we’re Universal” over an image of the Universal Studios globe logo.

The headband features filmmaking iconography such as a clapboard, film reels, and cameras alongside the Universal Studios logo and globe.

And finally, the coaster features a four-tone pattern of orange, yellow, teal, and black with “Universal Studios” on the top and bottom. The Universal globe (stylized like the version at every park except Universal Studios Hollywood) separates the two words.