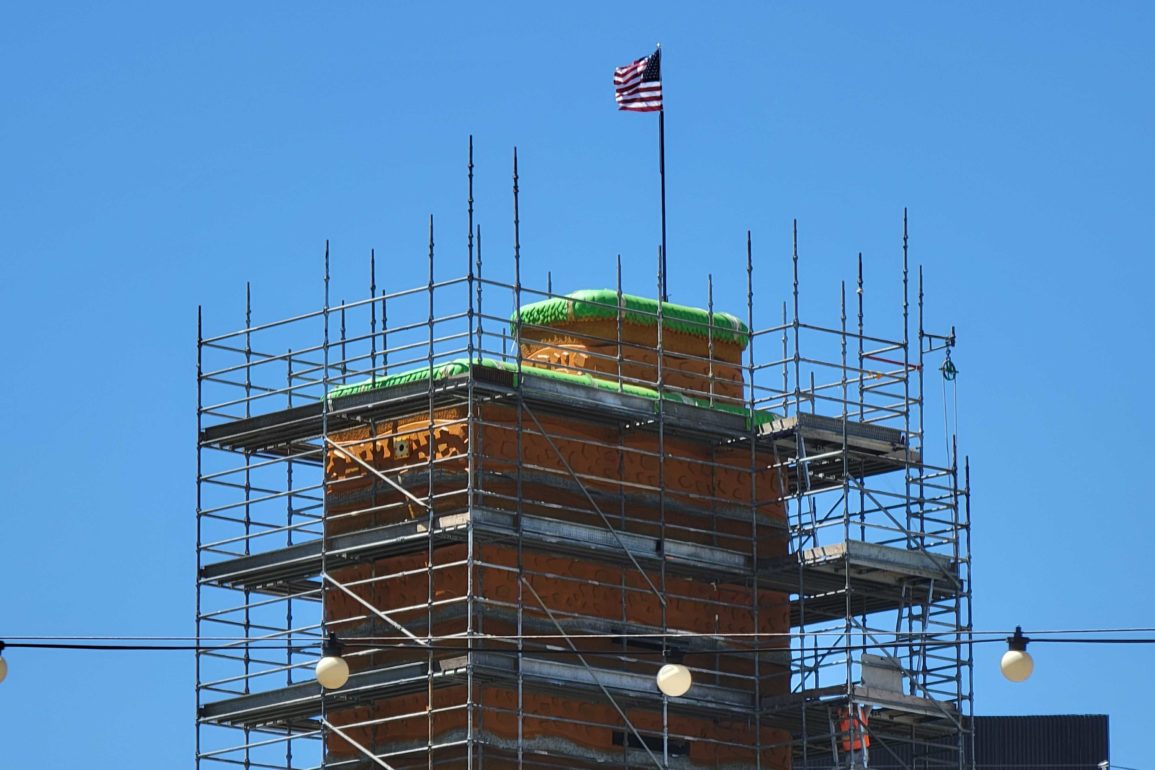 Construction has reached the highest point on Super Nintendo World at Universal Studios Hollywood, and an American flag has been added atop Mount Beanpole.

Crew members have added themed elements to the land over the past few weeks.

Most walls are now covered in brown paneling and stonework. Faux green shrubbery lines some of the levels.

Scaffolding covers most of the construction site, and black tarps hang over some areas.

The land is still mostly exposed steel and weather-proof sheathing.

An American flag is now atop Mount Beanpole, in celebration of reaching the highest point of the land.

Super Nintendo World will open in 2023 at Universal Studios Hollywood.