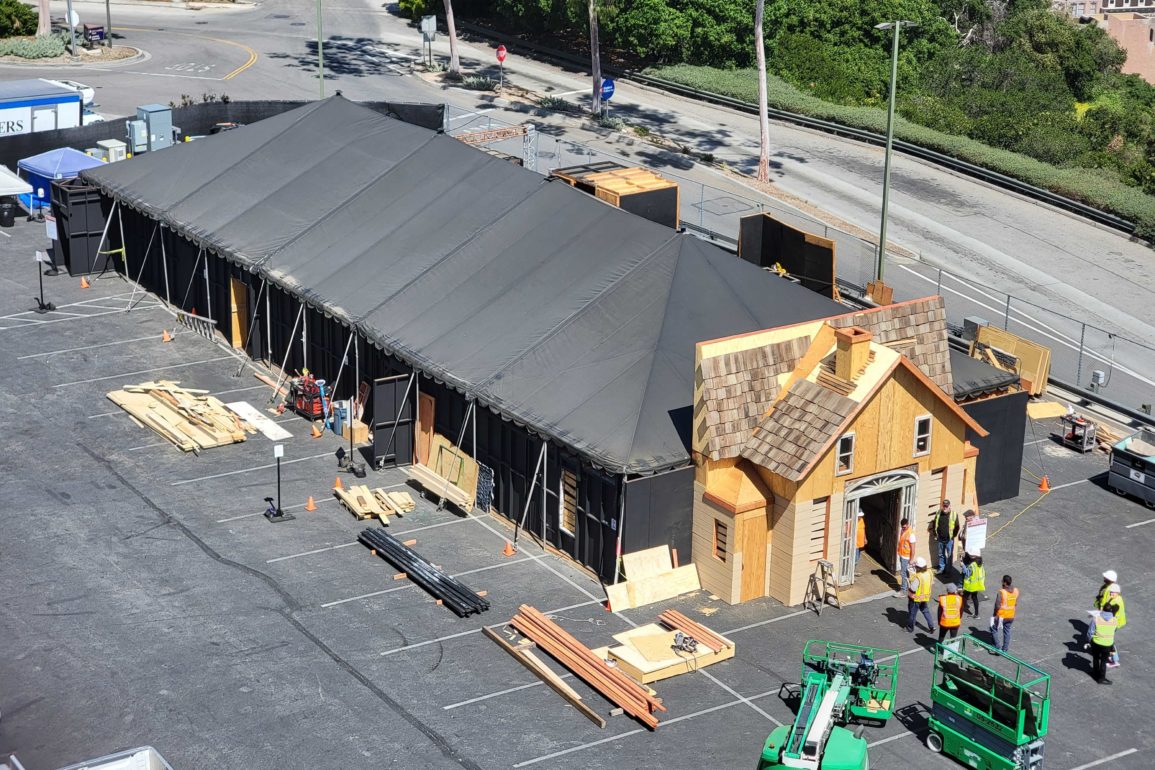 Another tent, presumably for a Halloween Horror Nights maze, has been erected near the Curious George parking garage at Universal Studios Hollywood.

The structure in the background has been under construction for a few weeks now.

No walls have been added under the new black tent yet.

The one in the back is now surrounded by black walls, with a few doors on the sides.

The façade of the maze resembles a house, complete with shingles and a chimney.

Several Team Members were outside the maze when we passed by, and then went in for a walkthrough.

The house façade is detailed but has yet to be painted.

Meanwhile, another maze is coming together next to Revenge of the Mummy.

This maze is also covered by a black tent and has a flat façade with square windows.

Above the doorway are two elements that look kind of like cabinet doors. One of the square windows has panes inside it.

Wooden walls can be seen at the back of the tent.

Next to Mel’s Diner, in the Parisian courtyard, another façade can be seen behind some construction walls.

This one is not as far along as the other two but has the basic skeleton of a tower.

A black tent is visible behind the façade.

Check out the speculation map for Halloween Horror Nights at Universal Studios Hollywood this year.