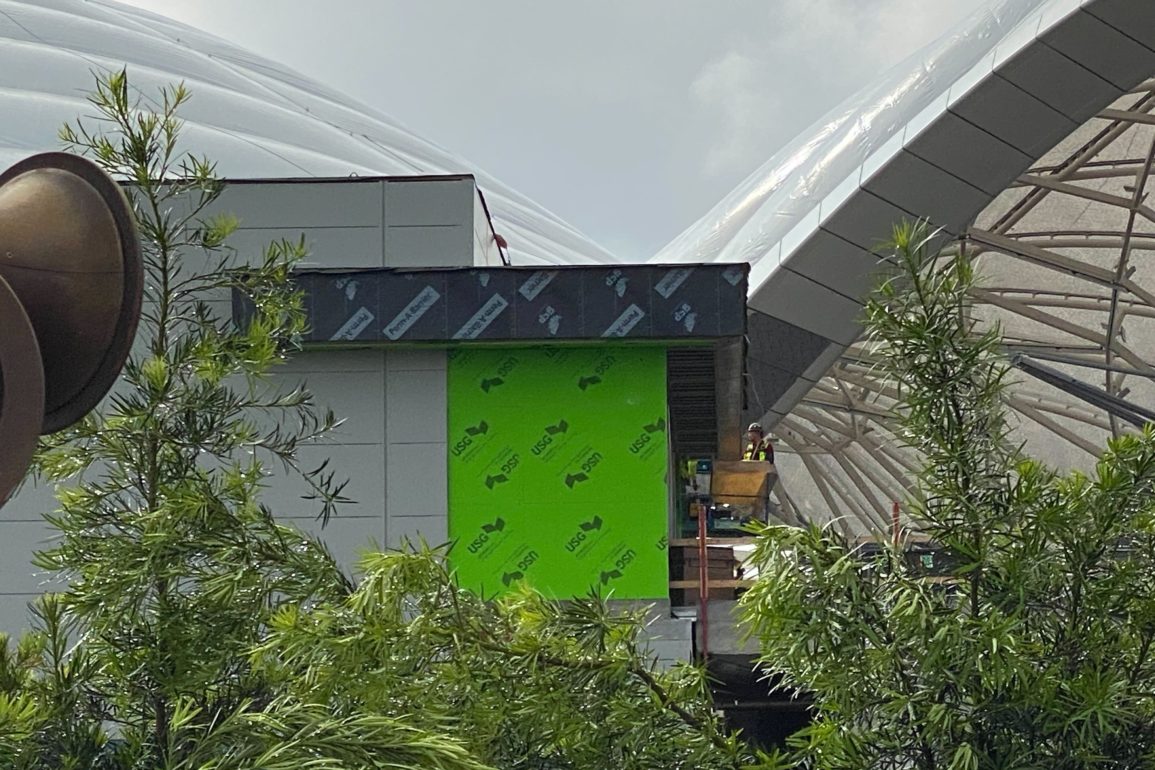 Construction continues on the long-awaited TRON Lightcycle / Run in Magic Kingdom, which sits next to Space Mountain and behind Tomorrowland Speedway.

Crew members have been installing white strips of canopy over the exterior portion of the coaster for the past several weeks.

On the ground, concrete walls jut out from the raised walkway.

Wood frames and rebar are placed in preparation for concrete.

A construction vehicle sat in front of the two walkways.

Next to the raised walkway are the walls of the Walt Disney World Railroad tunnel.

The raised walkway has been paved for some time, but the railings have not been completed. They are still just wood and orange netting.

Some crates sit on the raised walkway.

Most of the canopy has been installed on its framework now.

Crew members were standing on the netting and in a cherry picker above the new canopy pieces.

Crew members in scissor lifts were working on the smaller canopy framework near the entrance.

From Storybook Circus, we could see a new canopy strip unrolled.

Crew members were working on pulling the canopy strip taut.

We also spotted some scaffolding next to the lockers building and more paneling along the edge of the canopy.

A red wood rectangle is atop the lockers building.

Some of the building’s green weather-proof sheathing remains exposed but it is mostly covered in grey paneling.

Crew members were working under the roof overhang.