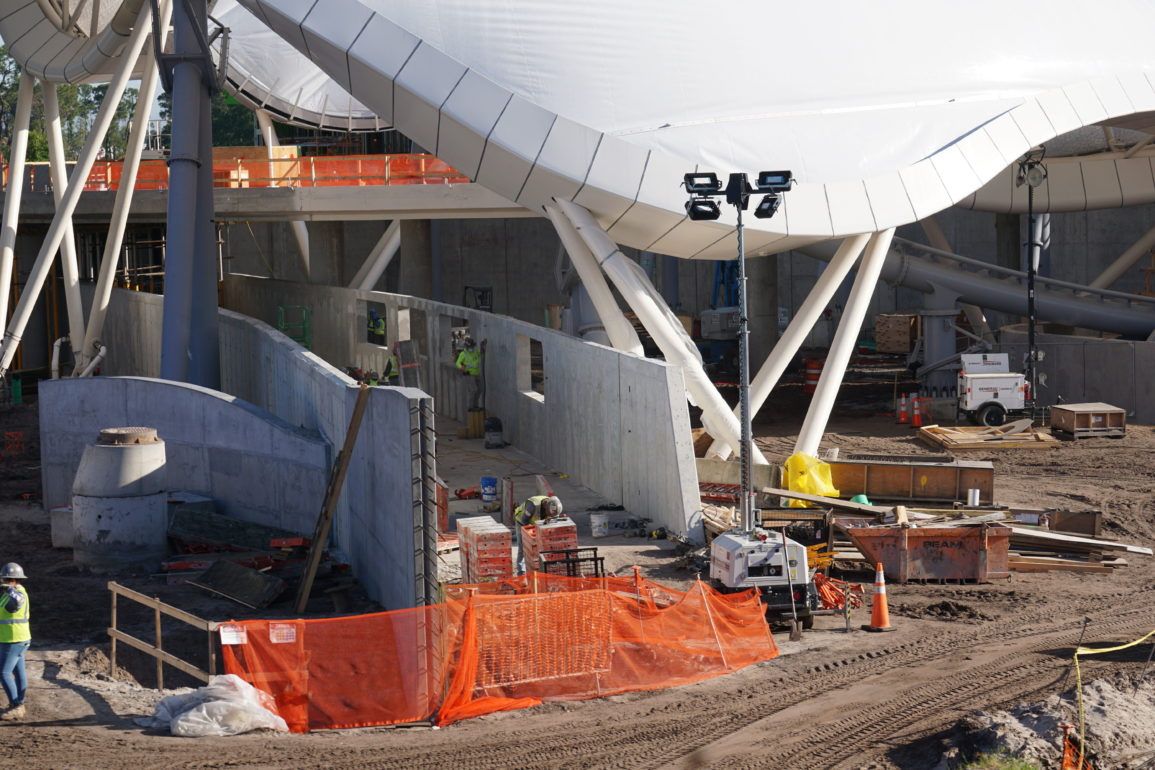 The Walter E. Disney locomotive has been testing new track of the Walt Disney World Railroad at Magic Kingdom, but the attraction is not yet able to open due to the construction of TRON Lightcycle / Run. However, the tunnel for the train beneath the new coaster is coming together.

On the Tomorrowland side of the coaster, the walls leading out from under the canopy are now fully shaped and encased in concrete.

Some rebar sticks out of the end of one wall.

A curved wall juts out from the tunnel. The tunnel walls have some square cutouts where extractor fans will be installed.

A rounded roof has been installed atop the other side of the tunnel, but this side is still open-air.

Crew members were working inside the tunnel, which doesn’t have track yet.

Above is concept art for TRON Lightcycle/ Run, which shows the tunnel beneath the canopy.