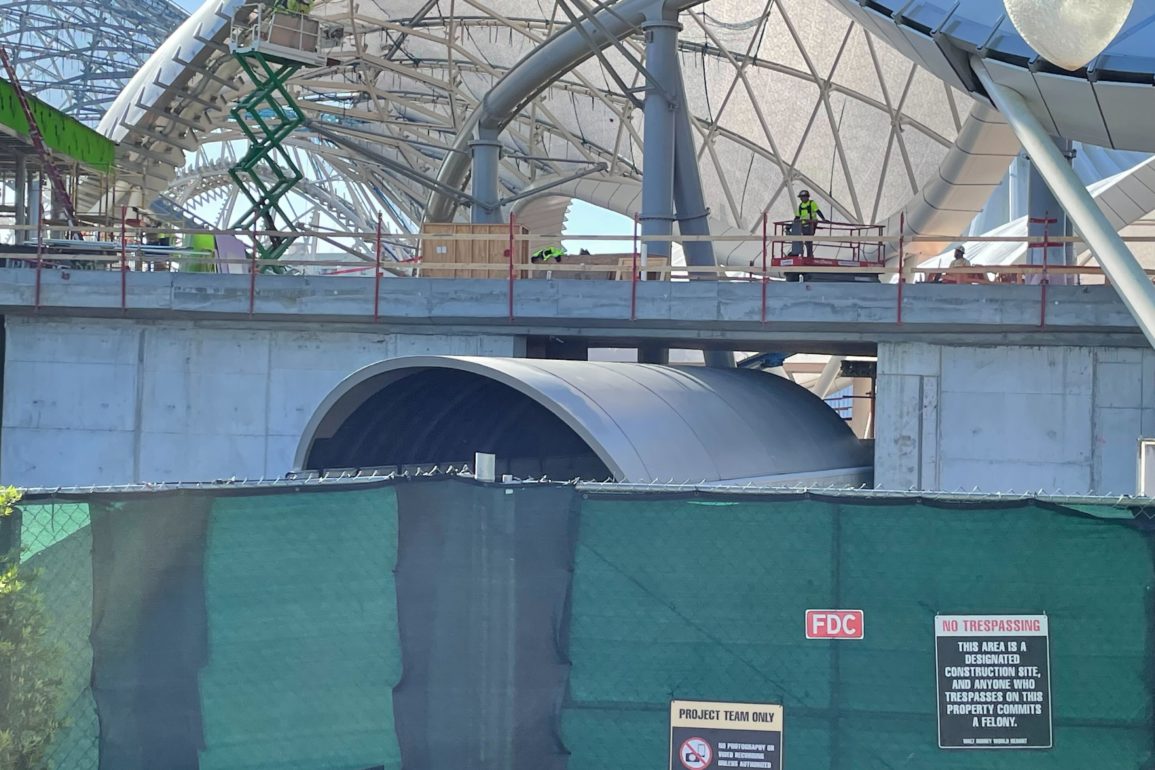 Guests have been excited as the Walt Disney World Railroad has been testing again. Now, the tunnel where the train will go underneath the TRON Lightcycle / Run attraction at Magic Kingdom is progressing quickly.

Earlier this week, we saw work progressing on the tunnel underneath TRON Lightcycle/ Run for the Walt Disney World Railroad train.

The railroad has been closed for over three years due to the construction of TRON Lightcycle / Run in Tomorrowland.

Some track was replaced during this time, so the refurbished Walter E. Disney locomotive is being used to test the track.

Just above the green wall, you can clearly make out the train tunnel.

In this concept art for the coaster, the train tunnel is clearly visible.

Are you looking forward to the return of the Walt Disney World Railroad? Let us know in the comments.