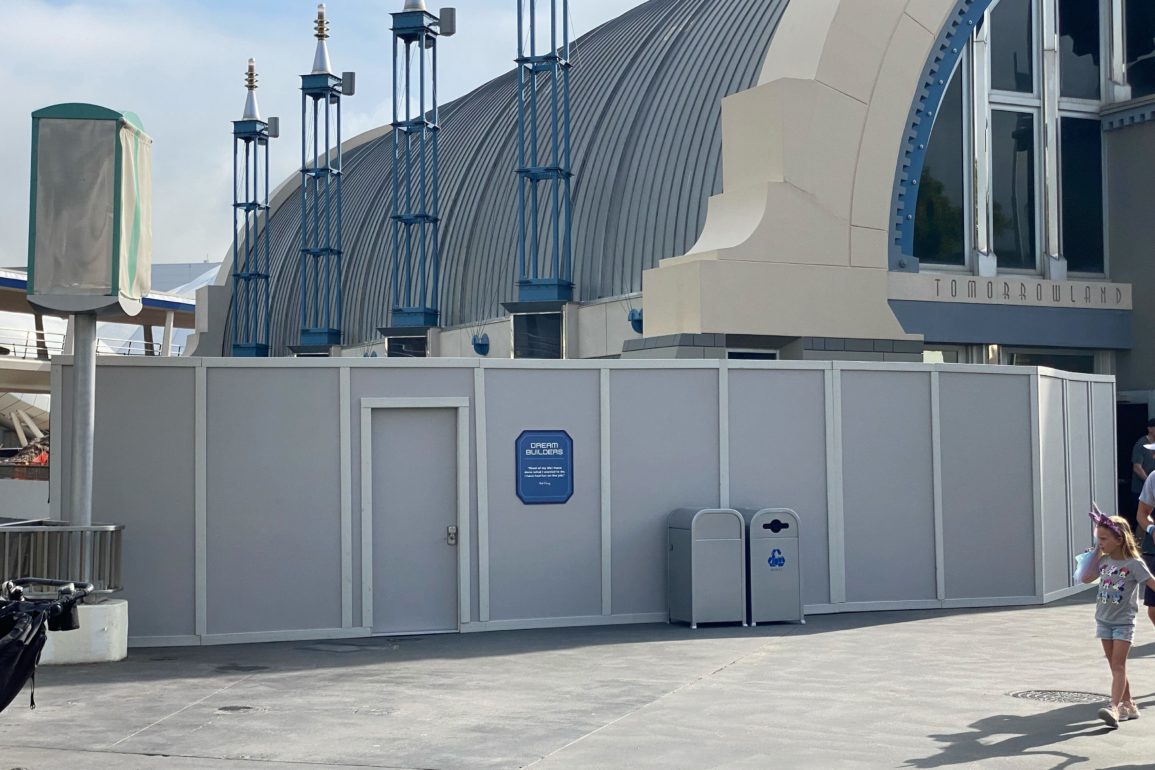 Construction walls have been erected next to Tomorrowland Light & Power Co. in Magic Kingdom, blocking a walkway that will eventually lead to TRON Lightcycle / Run.

Though the opening of TRON Lightcycle / Run still seems far off, this is a good sign that construction will progress to this walkway soon.

The walkway was previously a shortcut to Storybook Circus but had no real purpose since construction began on the new coaster.

It’s possible that work will begin on the façade of Tomorrowland Light & Power Co., as well. A permit was filed for modifications last December.

Inside the store, the windows and doorways that led out to the walkway are now blocked by black fabric.

There is a small box of construction walls at the back corner, next to the D-Tech On Demand counter.

Read our most recent construction update about TRON Lightcycle / Run.

Previous
Celestial Eson Will Be Villain of Guardians of the Galaxy: Cosmic Rewind at EPCOT