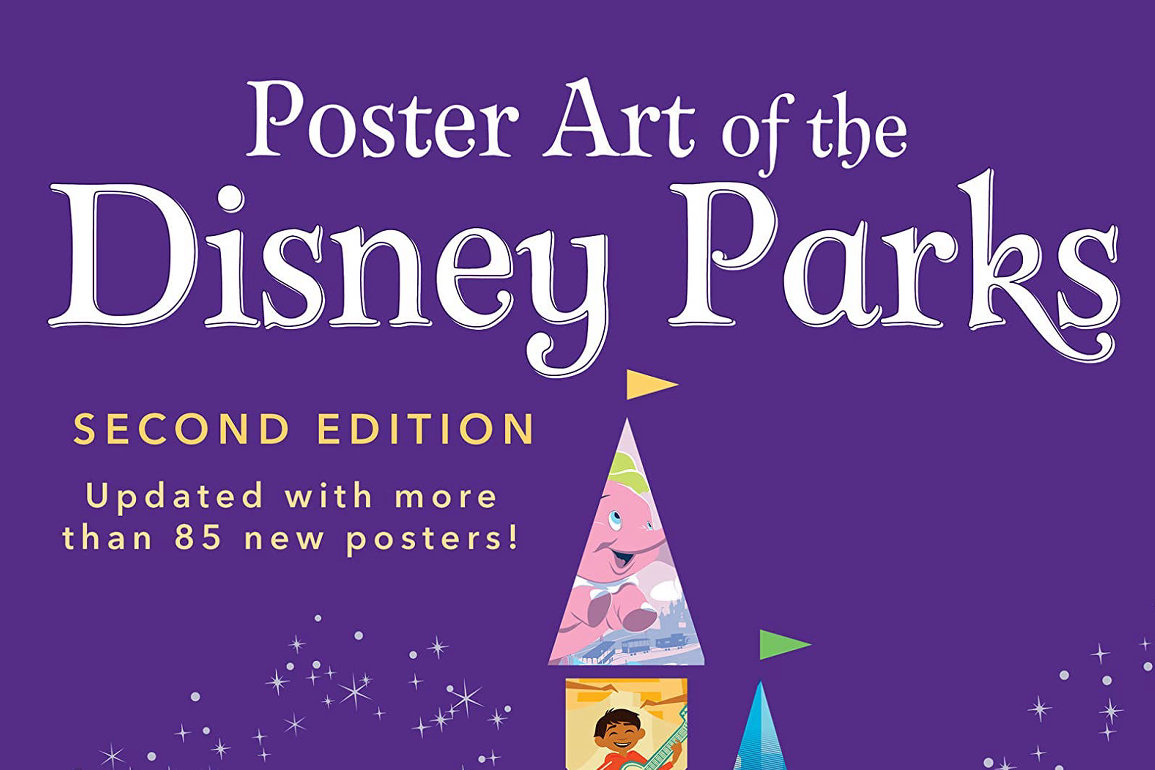 The second edition of “Poster Art of the Disney Parks” is currently available for pre-order and the cover has been revealed.

This edition is purple and features a castle silhouette made out of strips of Disney Parks posters featuring Dumbo, Miguel from “Coco,” Elsa from “Frozen,” The Haunted Mansion, Mad Tea Party, and Remy’s Ratatouille Adventure.

An expanded and updated second edition of the stunning collection of posters from Disney theme parks around the world! Features more than 85 new posters and concept art pieces and a lively narrative about their behind-the-scenes development.

Disney attraction posters have been an important means of communication since Disneyland began displaying them in 1956. These eye-catching pieces of artwork adorn the parks with flair and style, and are displayed to build excitement and disseminate information about the newest additions to the Disney landscape. As evidenced by the evolution of the attraction posters, art styles and design techniques have certainly changed over the years. These characteristics also differ from continent to continent. Posters from EPCOT, Tokyo Disneyland, Disneyland Paris, Hong Kong Disneyland, and Shanghai Disneyland exhibit the nuances in presentation that give each park’s pantheon of posters its signature look and story.

This expanded and updated second edition is a must-have for anyone who loves the original book, for Disney collectors, and for students of the arts. Find inside: