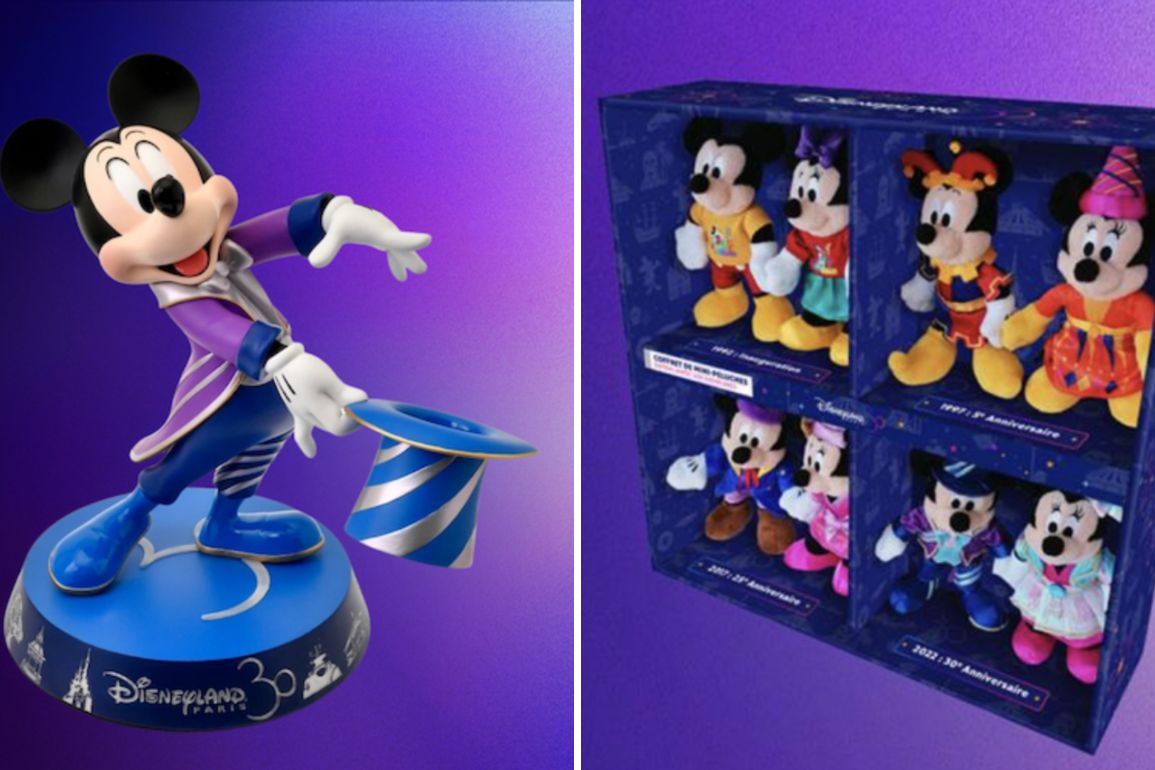 This 40 cm figure features Mickey in a silver, purple, and blue outfit for the 30th anniversary, about to do a magic trick with his top hat. He stands on a blue base with the Disneyland Paris 30th anniversary logo and park icons.

This figure is available in Disneyland Park at New Century Notions Flora’s Unique Boutique and in Disney Village at World of Disney.

This set includes eight plush, four of Mickey and four of Minnie, in their different Parisian anniversary outfits from the past 30 years. It is a limited edition of 1,600 and is available in the park at the Emporium and in Disney Village at World of Disney.

Refurbishment Continues on New Orleans Square Pathways at DisneylandMay 20, 2022
Match the Dapper Dans With a New Dress Available at Walt Disney WorldMay 11, 2022
BREAKING: Parking Lot Trams Will Return to Disney's Animal Kingdom on May 27May 6, 2022