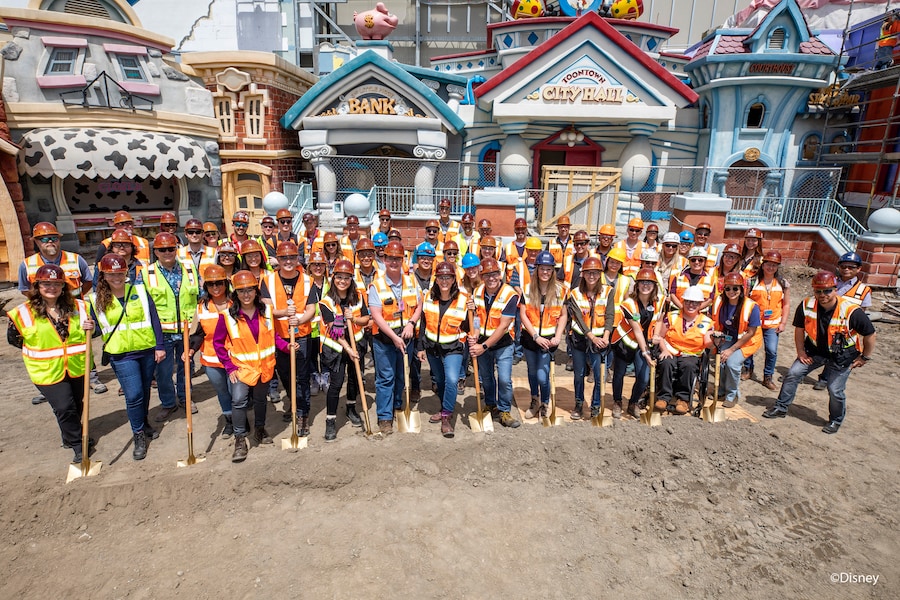 Disney shared today that they have officially broken ground on the reimagining of Mickey’s Toontown at Disneyland.

They shared a photo of crew members outside Toontown City Hall. The pavement has been entirely torn away, leaving nothing but dirt on the ground. City Hall and the bank are blocked by fencing, and scaffolding is visible to the side.

Mickey’s Toontown closed on March 8, 2022 and will reopen in early 2023 with Mickey & Minnie’s Runaway Railway. It will debut “new experiences and more play,” with a focus on families with young kids. We already know the character fountains and Chip ‘n Dale’s Treehouse have been demolished.

Take a tour of Mickey’s Toontown from before it closed.