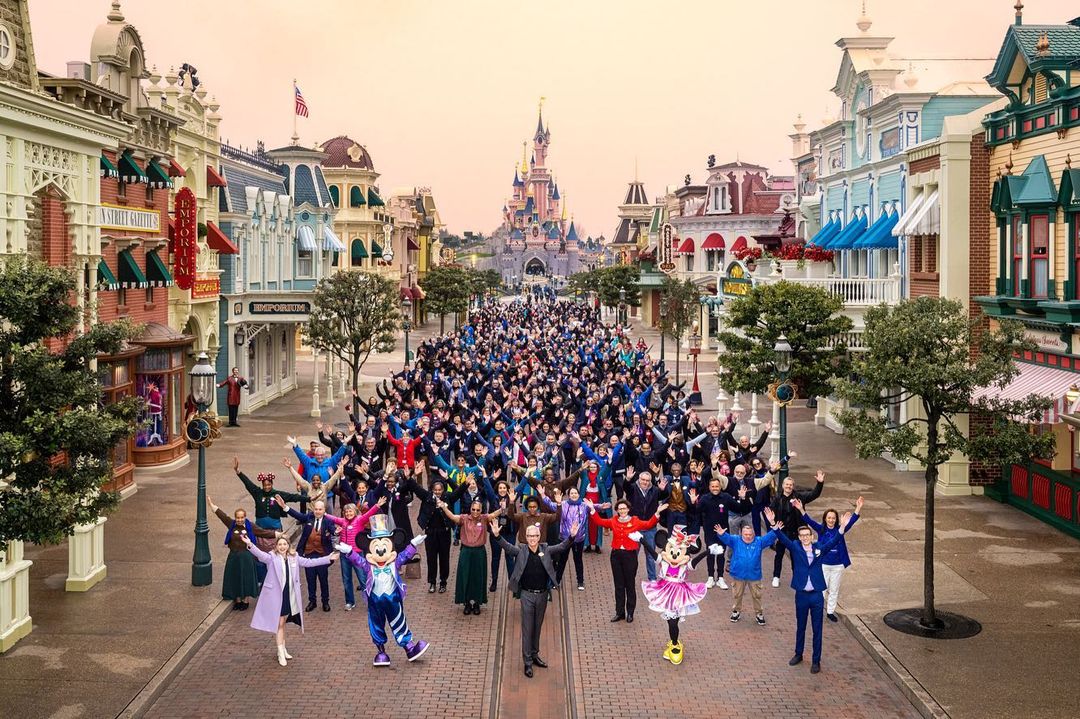 The Disneyland Paris Ambassadors shared a post on Instagram celebrating the 900 Cast Members who have been working at the resort since it opened 30 years ago.

16000 Cast Members make [Disneyland Paris] shine bright and today we want to celebrate the 900 of them who’ve been here since the very beginning… and even before! These Pioneers took part in the opening of Disneyland Paris on April 12th 1992, and have been making the magic ever since. Just one week before the 30th Anniversary, we invited them for a group picture that will surely make history! Thank you Pioneers for all those years filled with emotions and unforgettable memories.

On the 30th anniversary, April 12, Walt Disney Imagineers who helped craft Disneyland Paris will appear on a live webcast to talk about the resort.