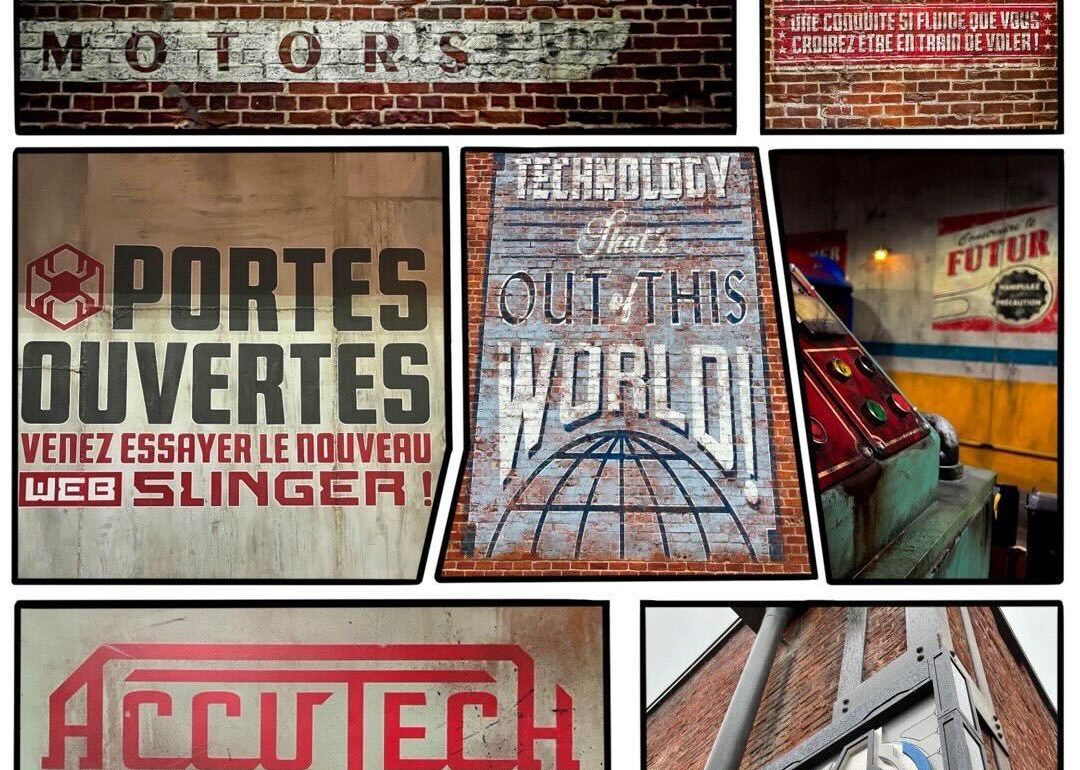 Walt Disney Studios Park at Disneyland Paris continues preparations for the summer 2022 opening of the Avengers Campus. They have released a new image and more backstory for the new Campus.

From Disneyland Paris: “Tony Stark is currently putting the finishing touches on the restoration of his father Howard Stark’s old industrial facilities to turn it into Avengers Campus here in Paris. Among the first groups to settle into the Campus is the Worldwide Engineering Brigade, home to the brightest young engineering minds in the world! The facility is covered in vintage graphics leftover from Stark’s father’s era, which the kids have decided to preserve as a nod to the past and give the place a uniquely cool atmosphere. Opening soon as just one part of the Avengers Campus this summer!”

The Campus has recently started audio testing, and progress continues on the WEB SLINGERS building.

Are you looking forward to the new Avengers Campus at Disneyland Paris? Let us know in the comments.