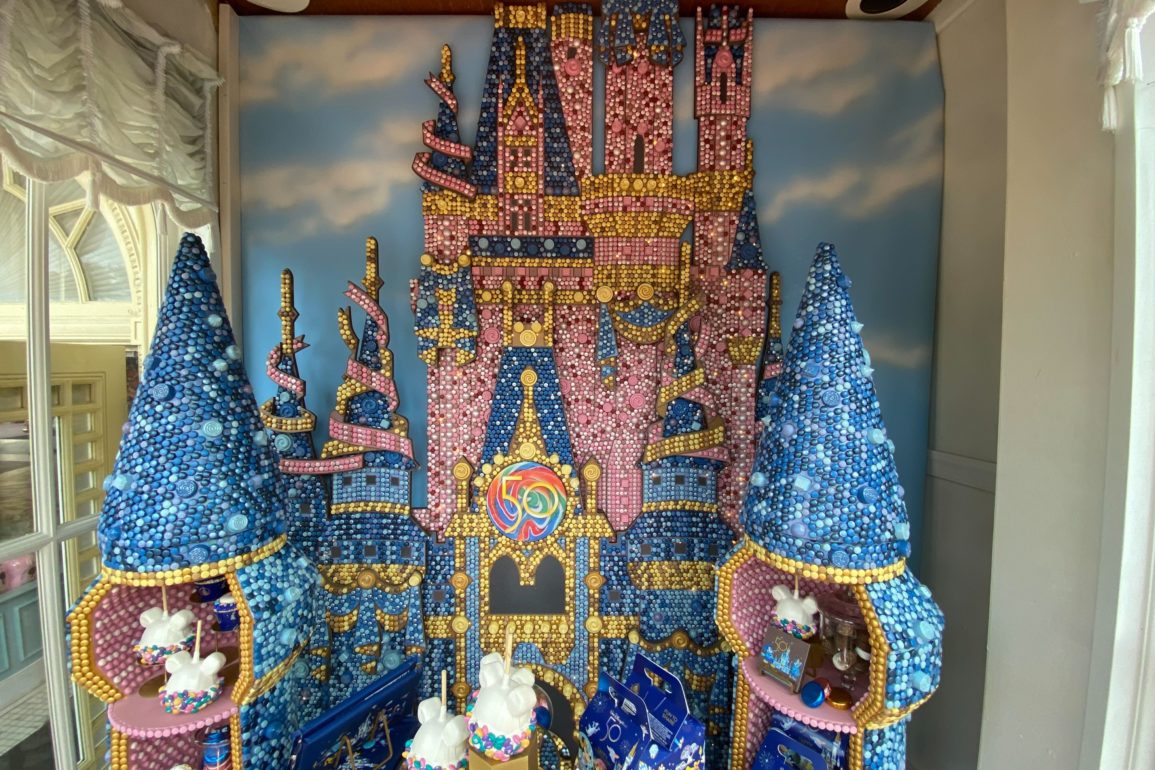 The Main Street Confectionery at Magic Kingdom now has a 50th anniversary Cinderella Castle made out of “candy” on display in a window.

The window is on the right when walking right down the middle of Main Street, U.S.A.

The new display replaces the previous “Alice in Wonderland” display.

The castle is made out of pink, blue, and gold candies (or items that look like candies). Given the Mars sponsorship, many of these are supposed to be M&M’s, but you can see that they aren’t upon closer inspection.

The front two turrets actually spin to reveal some of the treats available inside the confectionery.

The castle sits against a sky backdrop.

It has its 50th anniversary decorations, including the large medallion above the castle entrance. The candy medallion looks like a rainbow lollipop with a golden “50” on it.

Most of the candy pieces making up the castle are tiny circles, but there are some diamonds and hidden Mickeys.

Pink cotton candy is on display front and center on a round platform.

There are boxes of taffy, chocolate coins, and rice crispy treats.

There are cupcakes, caramel apples, and chocolate bars.

The same treats are in cubbies on the castle turrets.

All of the treats in this window are 50th anniversary themed.

The candy theme even extends to the floor, where you’ll spot even more hidden Mickeys.

Have you tried any of the 50th anniversary treats at the Main Street Confectionery? Let us know in the comments.