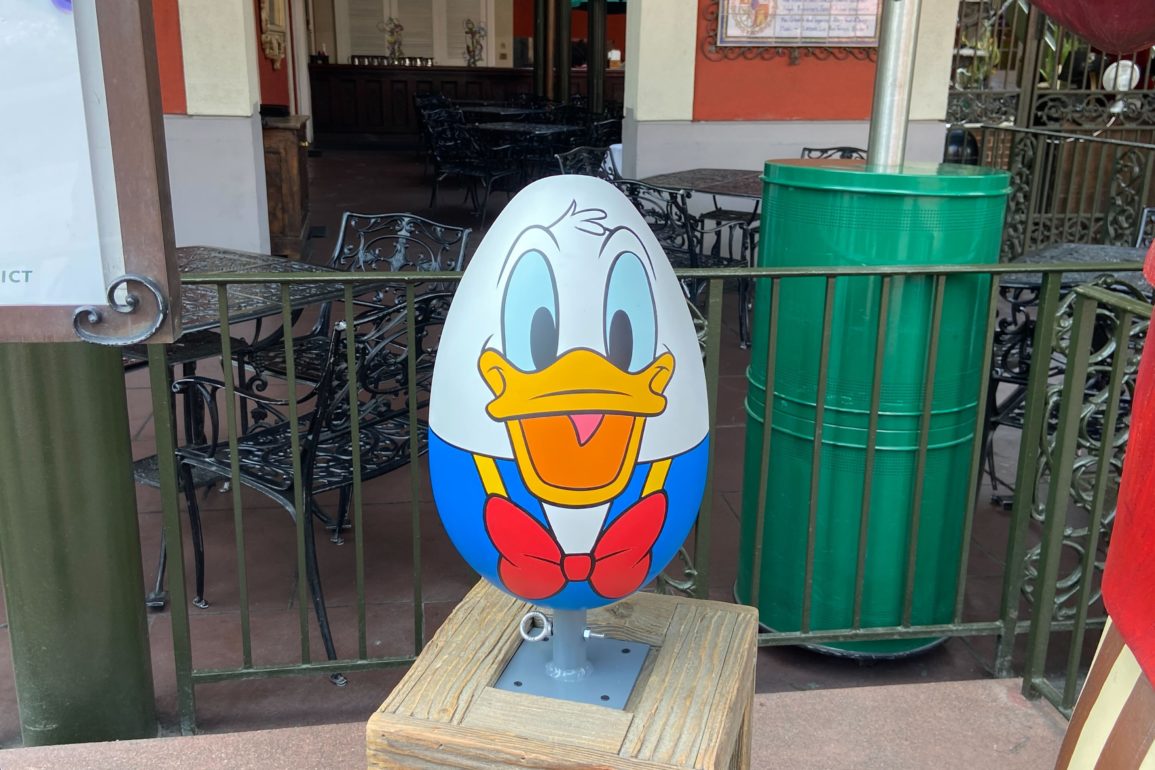 Each board includes a sheet of stickers. The goal is to visit each location on the front of the board and find a character egg.

Once you identify the character egg at each location, you place the corresponding sticker.

Let’s hunt for some eggs! If you don’t want spoilers for the game, don’t keep reading.

Most of the eggs can be found outside on awnings.

Thumber is on an awning above La Brea Bakery.

Daisy is above the Jamba marquee.

The White Rabbit egg is at the corner of the Napolini Pizzeria awning.

Chip can be found in a corner of California Sole, peeking out the window.

Pluto is above the Wetzel’s Pretzels entrance.

The Gabby Gabby egg is next to the Pele Soccer sign, above the entrance.

Woody is on a balcony overlooking the Tortilla Jo’s outdoor seating area.

Donald is hiding in plain sight outside Ralph Brennan’s, under this statue’s umbrella.

Dale is above the register of Pin Traders.

Minnie Mouse is atop the Downtown Disney Live stage.

Finally, Mickey can be found in a display above the “Play in the Park” merchandise collection inside World of Disney.

After you have filled out your game board, you can redeem it for a prize inside World of Disney or outside Pin Traders.

The plastic egg prizes are the same for all three Disneyland Resort egg hunts.