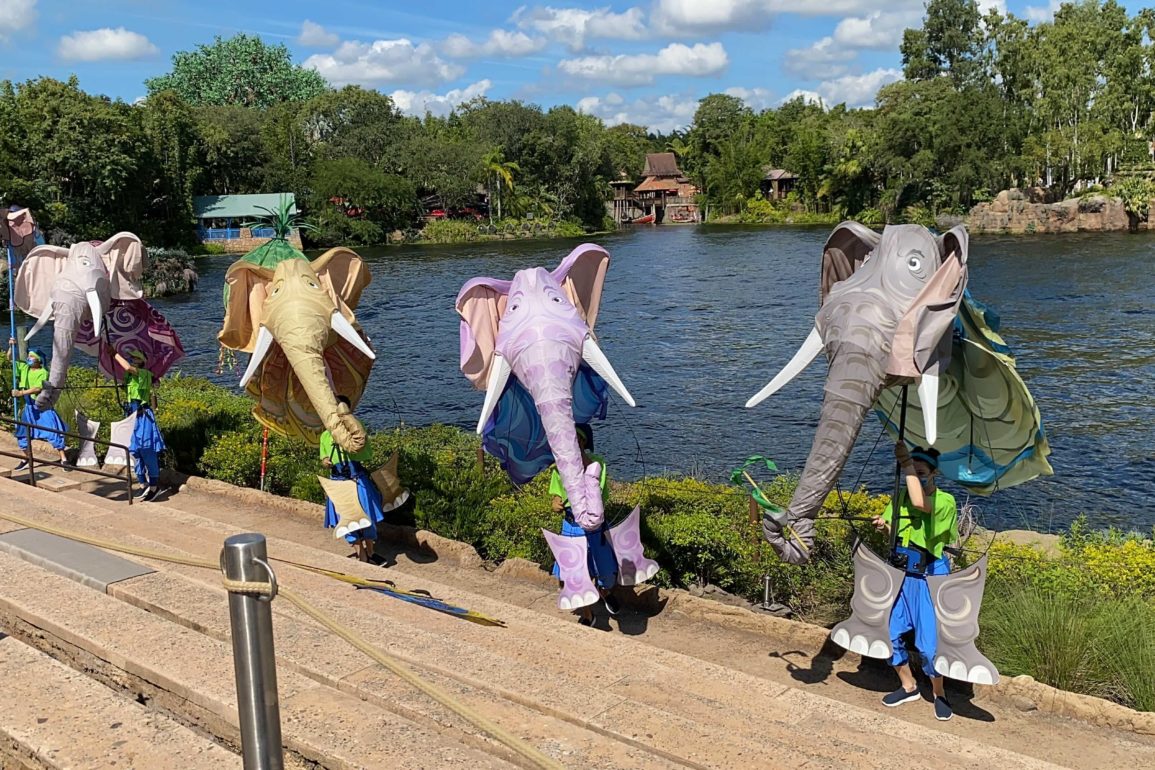 The impending changes to Disney KiteTails at Disney’s Animal Kingdom may indicate that ground performers will no longer be included.

Disney just announced that changes would be coming to Disney KiteTails. Disney stated that they are “shifting the focus of the show so guests will be able to experience [it] from anywhere around the Discovery River Lagoon, with shorter and more frequent performances throughout the day.”

Ground performers are usually seen in the Dinoland side of the Discovery River Amphitheater for a preshow and as part of the show itself, but if Disney is changing the format of the show to make it visible from all around the lagoon, it may mean these acts are cut from the performance, eliminating portions of the show.

A date was not announced for the changes and no further details were given.

Stay tuned for further news on the future of Disney KiteTails.

Next
Walt Disney World Now Offering Up to 25% Off Resort Hotels for Disney+ Subscribers, Brunch Now Served at Be Our Guest Restaurant in Magic Kingdom, and More: Daily Recap (4/5/22)