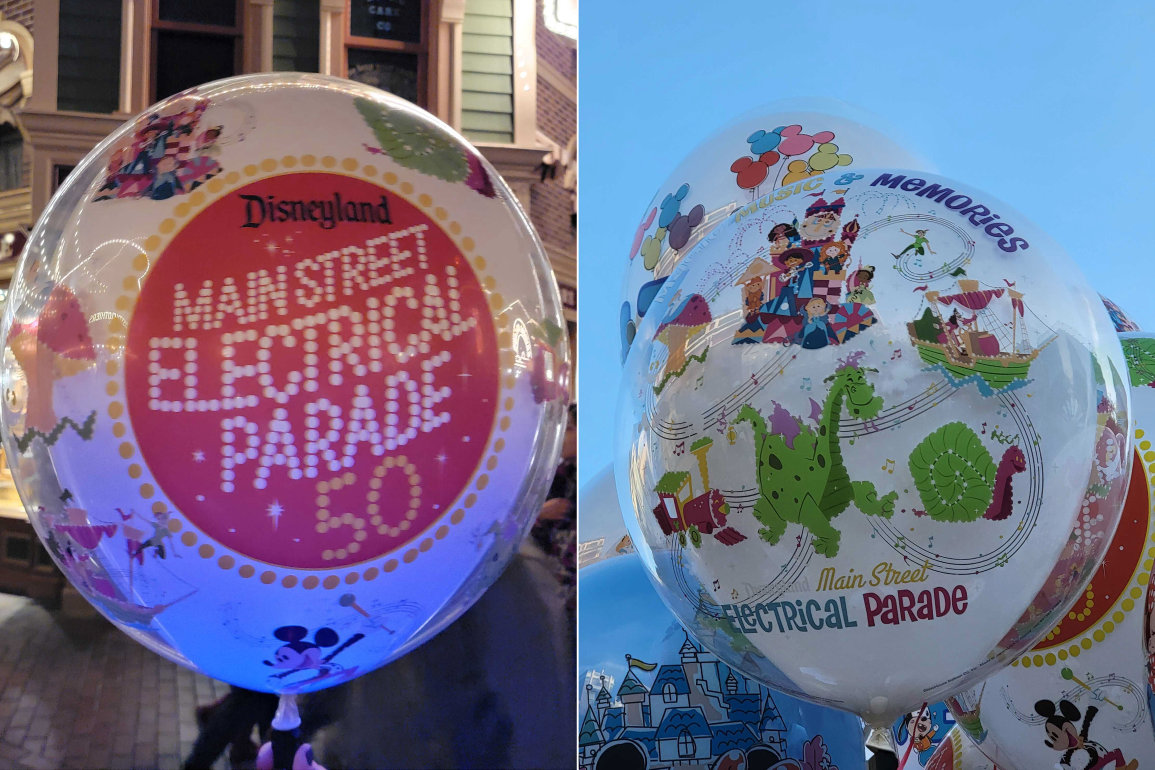 Along with tons of special food and commemorative merchandise, Disneyland introduced a special light-up balloon themed to the Main Street Electrical Parade today, so naturally we plucked one from a very helpful Cast Member on Main Street, U.S.A. to check it out!

The front features the 50th Anniversary logo seen across most Main Street Electrical Parade merchandise released this week. It’s based on the old covers for the record singles of the parade’s soundtrack released in the 1970s.

The back features cartoony art of the floats from the parade, including the “Alice in Wonderland” mushroom and whirlybug, Elliott from “Pete’s Dragon”, Captain Hook’s ship from “Peter Pan”, Casey, Jr., and the new “it’s a small world” finale float.

If you hold on to the balloon at night, it lights up in blue and yellow.

We found this from a balloon-selling Cast Member on Main Street, U.S.A., so be sure to pick one up before your first time seeing the Main Street Electrical Parade! And let us know what you think in the comments below!