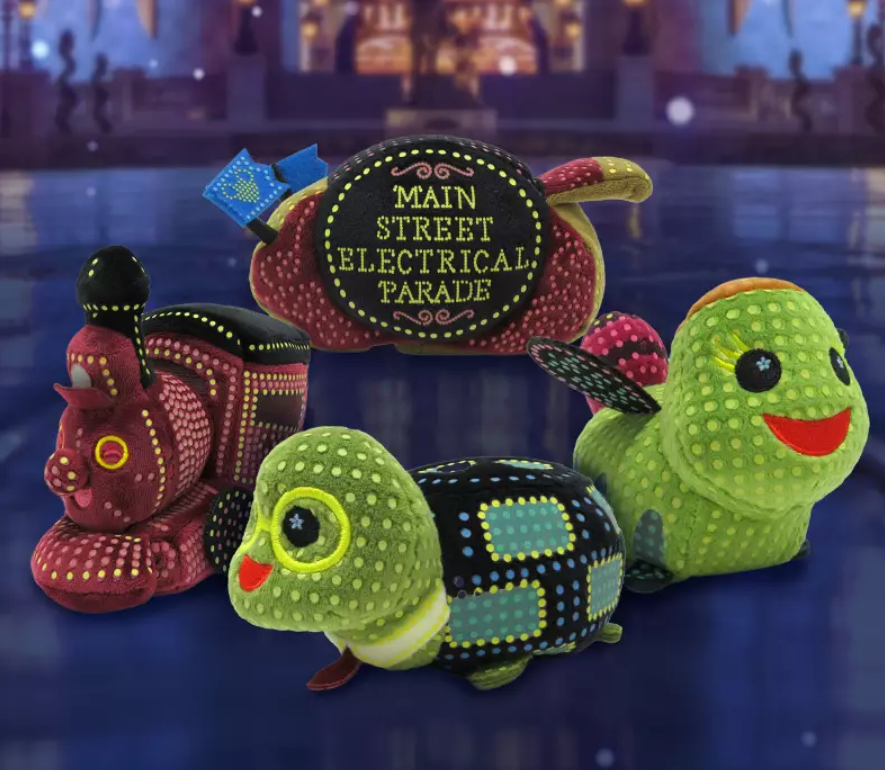 The next Wishables series coming to shopDisney and the Disney Parks will feature the Main Street Electrical Parade! While no release date has been announced, it coincides with the parade’s return to Disneyland on April 22.

The four Wishables plush shown in the preview include the title float featuring the Main Street Electrical Parade logo, Casey Jr., a firefly, and the turtle with glasses. It’s unclear at this time which plush will be the open edition or if there will be a chaser variant plush in the series.

Disney Wishables typically release on Wednesdays on shopDisney and at the parks. However, Walt Disney World has yet to receive the last two series (Remy’s Ratatouille Adventure and Muppet*Vision 3D).

Previous
New Permit Filed for Show Scene Installation at Guardians of the Galaxy: Cosmic Rewind as Grand Opening Draws Near